Latest Election Results Close the Gap Between Mulenga and Burnett

Latest Election Results Close the Gap Between Mulenga and Burnett

The Auburn City Council Position No. 5 race was the closest race election night.  Each ballot count release in the following days did not make much notable change in the gap between opponents Ryan Burnett and Robyn Mulenga.  Thursday’s multi-county results tightened the gap significantly. 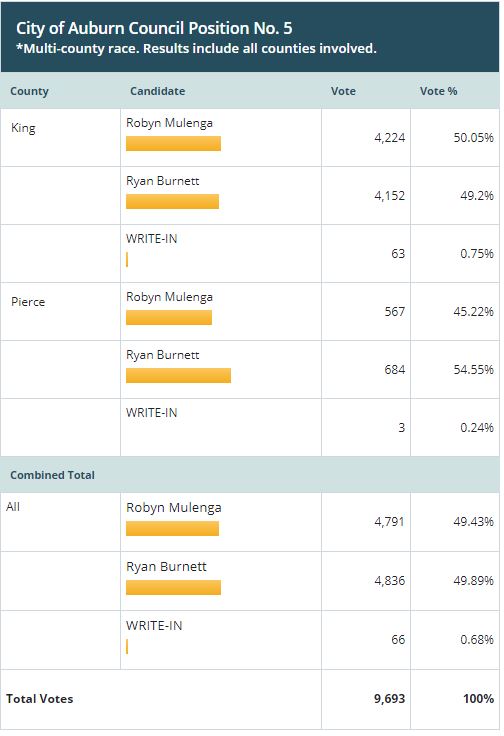 In the only contested Auburn School District Board of Directors race (District No. 2 Director), Chris Grames leads Arlista Holman by 1.54% (173 votes).

The next King County results release will be 4:00pm Friday afternoon and 8:30pm Friday evening. Pierce County will release results at 4:00pm on Friday.  Results will not be released on Monday, November 11th as it is a Federal Holiday.