Launched in early June as the brainchild of State Senator Mona Das, as a way to seek, identify and support talented community leaders to blaze new trails, a group of Washington state women formed a new political action committee. The Opportunity PAC strives to invest in the re-imagining of America where democracy is truly representative by getting Black women elected to public office.

With a shared desire to see more women of color in legislative roles, the PAC’s board and officers are joining together as a force multiplier to turn opportunity into momentum; leverage momentum into equality and capacity; and maximize equality and capacity into unprecedented strength. The PAC is led by officers, Shasti Conrad, Tracy Williams and Josie Olsen. Conrad brings her national and local political expertise to the work, and her lived experience as the first woman of color chair of the Martin Luther King County Democrats. Williams is a lifelong educator dedicated to raising up democratic women, with over $150 million in grants for education of students of promise, she currently writes grants for the African American Leadership Forum. Olsen has many years of experience in political fundraising and compliance at Blue Wave Political Partners.

“Opportunity PAC exists not only to repudiate the notion that people will not vote for qualified candidates just because they do not fit the archetype of the American politician, but to set forth the conditions to eradicate this notion by providing Black women candidates running for office an equal seat at the table in the political process,” said advisory board member, Michele Dotson.

The PAC will firstly support the campaigns of Black women throughout Washington state, including the re-election campaigns of Representative Melanie Morgan of 29th Legislative District and Representative Debra Entenman of 47th Legislative District. Next, the PAC seeks to raise up the youth vote, and also support women of color who will be the next wave of candidates for leadership in our nation.

The Democratic electorate has been led by and built by Black voters, but our state legislature and other halls of power do not reflect that. Black communities need representation in the room where it happens. We have a terrific opportunity to multiply the number of Black women in the Washington State House this year — and adding a Black Senator for the first time since 2010.

The committee’s architects stand on the shoulders of, giants like Shirley Chisholm, and also local icons such as Rosa Franklin, Vivian Caver, Dr. Millie Russell and Dr. Constance Rice who played integral roles in Seattle’s Civil and Women’s Rights movements and passed the batons of hope, grit, determination and intellect to future generations. 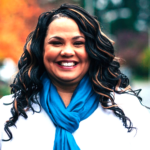 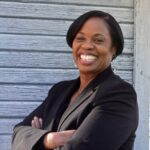 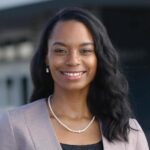 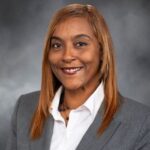 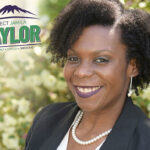 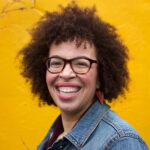 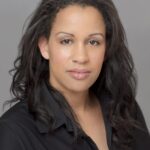 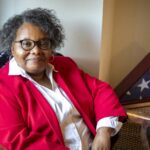 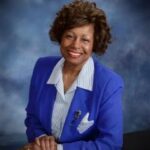 More information about Opportunity PAC is available at opportunity-pac.com

Shasti Conrad served President Barack Obama as a senior staff assistant in the White House, and a briefings manager on the 2012 campaign. She was also the Associate Director of Vice Presidential Planning for the 2013 Inauguration. Shasti has served as a Senior Graduate Fellow at the Malala Fund and Chief Operating Officer for Soze Productions, a creative social impact agency. She served on the National Advance team for Senator Bernie Sanders 2016; and political director on Jim Barksdale’s US Senate campaign in Georgia. Between 2017 and 2020, Shasti was the US Campaign Manager for the 100 Million Campaign, launched by Nobel Peace Laureate Kailash Satyarthi, to end child labor and trafficking. For the 2020 election cycle, Shasti was the National Director of Surrogates for the Bernie Sanders campaign. Shasti is also the first woman of color chair for the King County Democrats. Shasti is a graduate of Seattle University and received her MPA from Princeton University.

Dr. Tracy Williams – with a doctorate in educational leadership, Tracy focused on underrepresented populations in her leadership focus and policy advocacy.  Her focus on teacher leadership brought a lens to critical race theory in practice and the use of observation and interview to leverage change.   Dr. Williams has been the recipient of numerous awards including the Partnership Award by NEA and Saturn, the Excellence in Teaching award by the Inland Northwest Council of Teachers of English, Walla Walla Public Schools Staff Achievement Award, Faculty Servant, by Seattle Pacific University Faculty, and the AERA/UCEA David E. Clark Scholar by Washington State University. Dr. Williams is committed to a more just world through the election of women in leadership roles.

Josie Olsen – has worked at Blue Wave Political Partners since 2014. She manages the compliance operations for dozens of local and state campaigns in Washington and California, as well as federal candidate and political committees around the country. Her recent clients include State Senators Lisa Wellman, Claire Wilson, Mona Das, State Representative Debra Entenman, Lisa Brown for Congress, Carolyn Long for Congress, and Joy Stanford for Washington.

Bios of Advisory Board members

Shukri Olow – leads the Youth Development Strategy with Best Starts for Kids, King County. She’s a doctoral candidate at Seattle University and a mother of two. She serves on numerous committees and boards bringing a local lens to international issues, including One America, Kent YMCA, and Kent Youth and Family Services.

Dawn Bennett – is the Co-Founder of the Multicultural Education Rights Alliance (McERA).She is the Board Chair of the African American Leadership Forum, and serves the Rainier Valley Food Bank in south Seattle as well as Washington’s Paramount Duty, and the UW School of Social Work Communities in Action Initiative. She works to support youth via her case work and gang prevention specialties.

Erin Jones – An outstanding educator for decades in some of the most diverse communities in the nation as a classroom teacher and instructional coach,  Erin received the Washington State Milken Educator of the Year in 2008,  and was named by the Obama White House as a “Champion of Change.” She ran as a candidate for State School Superintendent and was the first Black woman to run for any state office in Washington state, a race she lost by a mere 1% in 2016.

Michele Dotson – Michele is a native of Seattle who graduated from the University of Kansas before finding her way to San Diego where she worked at the University of California. After managing a Fortune 500 company, she co-founded the Bravura Group, and has specialties in staffing, financial services, and public accounting.

Senator Mona Das – elected to the Washington State Senate in 2018, Mona now serves as the vice chair of the Senate Housing Affordability & Stability Committee, and as a member of the Senate Transportation Committee; the Senate Financial Institutions, Economic Development & Trade Committee; and the Senate Environment, Energy & Technology Committee. During her first year as an elected official, Mona has worked tirelessly on behalf of the environment, affordable housing, and equity and inclusion.

Senator Rebeca Saldana – with expertise in a variety of areas including worker and immigrant advocacy, transit equity, women’s rights, social and racial justice, civic engagement, affordable housing and sustainable community development. Rebecca is known as a problem solver and tireless advocate, Rebecca most recently served as the Executive Director for Puget Sound Sage – a nonprofit that promotes affordable and equitable housing and transportation policies, environmental justice and workers’ rights. In that role, she helped secure $16 million in city funding for Equitable Development Initiatives in the 37th Legislative District, a future Graham Street Light Rail Station to better serve our district residents and transportation equity wins, including a low-income transit fare program.

The above is a press release from the Opportunity PAC.  The Auburn Examiner has not independently verified its contents and encourages our readers to personally verify any information they find may be overly biased or questionable. The publication of this press release does not indicate an endorsement of its contents.

Published in Politics and Vote 2020