The first release of Friday’s election results has pushed Auburn City Council candidate Robyn Mulenga over the threshold and into the lead.  Her position no. 5 opponent, Ryan Burnett, maintains his Pierce County lead but the gap has been markedly reduced.

Auburn City Council Position No. 5
This morning Mulenga’s lead in King County by only  0.85% (72 votes). Burnett’s lead in Pierce County was more comfortable at 9.33% (117 votes). The combined number of votes between the two opponents was a marginal 45 votes.

Auburn School District School Board District No. 2 Director
The other notable results change that occurred with this afternoon’s results was the lead change in the ASD School Board District No. 2 Director race.  This morning Chris Grames held a reasonable lead over opponent Arlista Holman.  After Friday’s first results Holman took over the lead in both King and Pierce Counties. 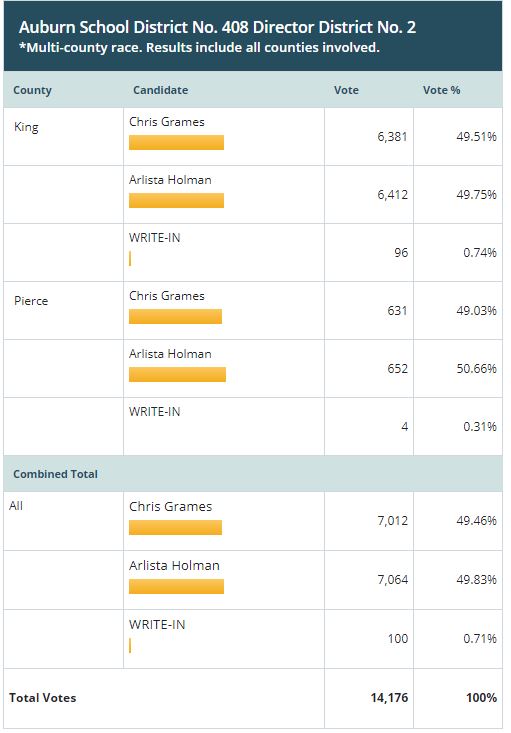 King County will release a second round of results at 8:30pm Friday night.  Results will not be released Monday due to the federal holiday.