By auburnexaminer on December 30, 2017
Advertisement

At this coming Tuesday’s City Council meeting, the City Council will select the next Deputy Mayor.  The Deputy Mayor serves as the head of the legislative branch of the city’s government.  Among other things, the Deputy Mayor “serve[s]s as the Chair of the Council Study Sessions, assist[s] in new Councilmember training, work[s] with Administration to prepare agendas for Council Study Sessions,” and “support[s] cooperative and interactive relationships among council members.” 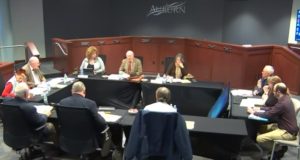 concerns relating to their duties and in the event of the a prolonged absence or incapacitation (a state of disability that prohibits the function of duties) of the Mayor…perform the duties of the Mayor.”

After presenting proposals and recommendations to the City Council at several study sessions, the new methods of Deputy Mayor selection were agreed upon.  The rule changes were voted in at the August 7, 2017 meet under Resolution No. 5308.  The Resolution passed unanimously. 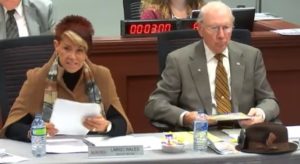 After the toxicity of the most recent Mayoral election, some community members have reservations regarding CM Peloza being Deputy Mayor.  It was widely shared that current Deputy Mayor Wales and Mayor Nancy Backus had a strained working relationship, causing question as to the ability for city business to be effectively accomplished.  As CM Peloza was DM Wales’ campaign manager, concern has been expressed that the negativity of the Wales campaign will continue should he be Deputy Mayor.

It is expected that a second nomination will be put forth on Tuesday, with several names circulating as a preferred choice over CM Peloza.   One source confirms that the support for a second nomination is there, however the determining factor lies entirely on whether that individual would take the position.

One thing is for certain, after Tuesday Largo Wales will no longer be the Deputy Mayor of Auburn.