The Inconvenience of Mental Illness

The Inconvenience of Mental Illness

Close your eyes for a moment and imagine yourself sitting at a desk. A computer before you, the cursor on a blank screen slowly blinking; waiting for you to put words on the screen. But with each 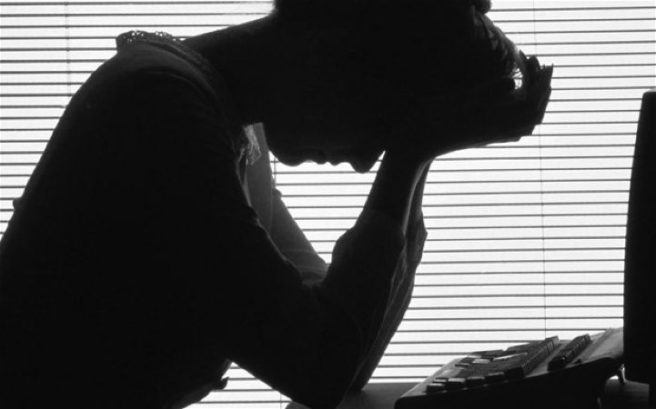 blink, you feel the cursor becoming less patient. Instead, it begins taunting you as the seconds pass with no productivity.

Your thoughts speed up in a desperate attempt to find something to grab onto. An idea, inspiration, a starting point. But your mind has become too chaotic, no thought holds still long enough to evolve further than a fleeting blip. Now instead of thinking of what you intended to write, your mind scatters into a thousand “what ifs” and “I should haves.”

Subtly as your breathing becomes labored, your heart rate quickens. Your perception alters and time changes. As your limbs become too heavy to move, your chest constricts. Your mind has taken over and your body has become paralyzed from its betrayal.

This is anxiety. In its everyday form it is always present, gnawing at the back of your mind. Asking questions and posing ideas that sabotage. When that constant presence becomes too much or when there is a trigger, a panic or anxiety attack can occur. These attacks are different for everyone, have a range of symptoms and may come on unexpectedly.

Mental illness frequently carries harsh stigmas from our society. Far too often it is believed that the mentally ill should be locked up, removed from our neighborhoods, or cast aside where they will not 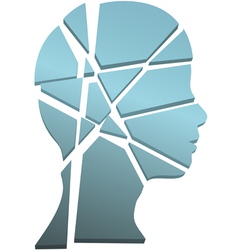 disrupt the world. But unlike humans, mental illness does not discriminate. It does not care about a person’s race, gender, socio-economic status, job, sexual orientation or what’s going on in their life. No one wakes up and thinks it would be a wonderful day to become mentally ill.

According to the National Alliance on Mental Health, 1 in 5 (19%) U.S. adults experience some form of mental illness. 1 in 24 (4.1%) has a serious mental illness and 1 in 12 (8.5%) has a substance use disorder. With 265 diagnoses (not including modifiers) in the DSM-5, this is no surprise. This book can change a person’s life in an instant, and rarely for the better.

Washington ranks 48th in the country for mental health services

In the City of Auburn, the Auburn Police Department generated 486 reports in 2014 of people with significant mental or behavioral health issues and in 2015 524 reports were generated. In 2017 APD involuntarily committed approximately 600 individuals. According to the R.E.A.D.Y. program, sponsored by the City of Auburn and put on by APD and Dr. Anderson of Auburn Medical Center, in 2016 17% of Auburn residents said “Yes” to the question “have you had 14 or more bad mental health days in the past 30 days” – this is an increase from 11% in 2012.

The department of health has determined that the area most at risk for mental health crises in the state of Washington is the 98002 zip code, right in the heart of Auburn.

According to NAMI Seattle Chapter Executive Director Ashley Fontaine, “Washington state is in the top five states with the highest prevalence of mental illness and the lowest rates of access to care for both adults and youth.”

The nation’s standard is 26.1 beds per 100,000 citizens, yet South King County and Pierce County have an average of 2.8 beds per 100,000 citizens. According to the Pierce County Mental Health Committee, “the fact is Pierce and South King County have the great distinction of being one of the worst areas in all of the United States for mental health beds.” A sobering comparison, the annual suicide rate is 13.26 per 100,000 individuals. Pierce county’s suicide rate is 18.5 per 100,000 people compared with the state average of 15.4 percent per 100,000. For every suicide, 25 attempt.

More than 1.6 Million years of life are lost annually to suicide

Every 40 seconds a life is lost to suicide. An American dies by suicide every 12.3 minutes. Suicide is the 2nd leading cause of death for ages 44 and under and tenth overall leading cause of death in the US. Auburn is recognized for its large Veteran’s day parade and support for veterans. Veterans comprise 22% of all suicides.

It is because of these harrowing statistics that the Auburn Examiner features mental health and domestic violence crisis resources on our site. But also for a much more personal reason.

Remember at the start of this article when you imagined sitting at a desk? That is reality for me, the Auburn Examiner’s Editor in Chief, Elizabeth Miller. For most of my life I have suffered from anxiety and Post Traumatic Stress Disorder. Reasons unrelated to the Auburn Examiner have caused

the symptoms of these illnesses to increase and be disruptive.

Though we have several stories on deck to be edited and posted, as well as many more to be assigned, the symptoms of my anxiety have prevented that work from happening. The Auburn Examiner has great contributors who are understanding and continue to work while content is waiting to be edited. I want to thank everyone for being patient, and for those who have shared their excitement for the latest content and new features coming down the pike.

More from EditorialMore posts in Editorial »