By Elizabeth Miller on November 8, 2018
Advertisement

Last Friday the Auburn Avenue Theater hosted the second night of the Seattle International Comedy Competition (SICC).  The theater overflowed with laughter as 16 comedians performed their set, attempting to outperform each other.  If you were one of the unlucky ones who missed the show, you’re in luck!  This Friday, November 9th, the SICC returns to the Auburn Avenue Theater with 16 new comedians! 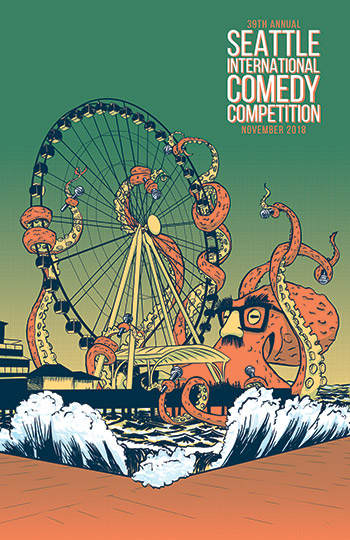 Now in its 39th year, the SICC is a month-long stand-up comedy competition held at various venues throughout Washington State. Performers compete for bragging rights and a share of the $15,000 prize pool! This year’s competition hosts comedians from Canada, Japan, the United Kingdom and of course, the United States.

The competition consists of four rounds.  The first two rounds, with five nights each, are preliminary rounds with two sets of 16 comedians.  Each night judges score the five-minute sets on a scale of 1-10 in seven categories.  Each comedian also has a chance to earn an encore point from the audience.  Who moves on to the semi-finals is determined when each performer’s five best scores are tallied.

The comedians moving on to the finals aren’t announced until the final show.  The final round begins on November 20th. After shows in Vashon, Kirkland, Bremerton, and Seattle, the new SICC champion will be crowned on November 25th at the Comedy Underground in Seattle.

Be sure to come out tomorrow night to the fourth show of the second SICC preliminary round.  The show starts at 7:30 PM and has a brief intermission.  Tickets are $21 for adults, $18 for seniors and students. 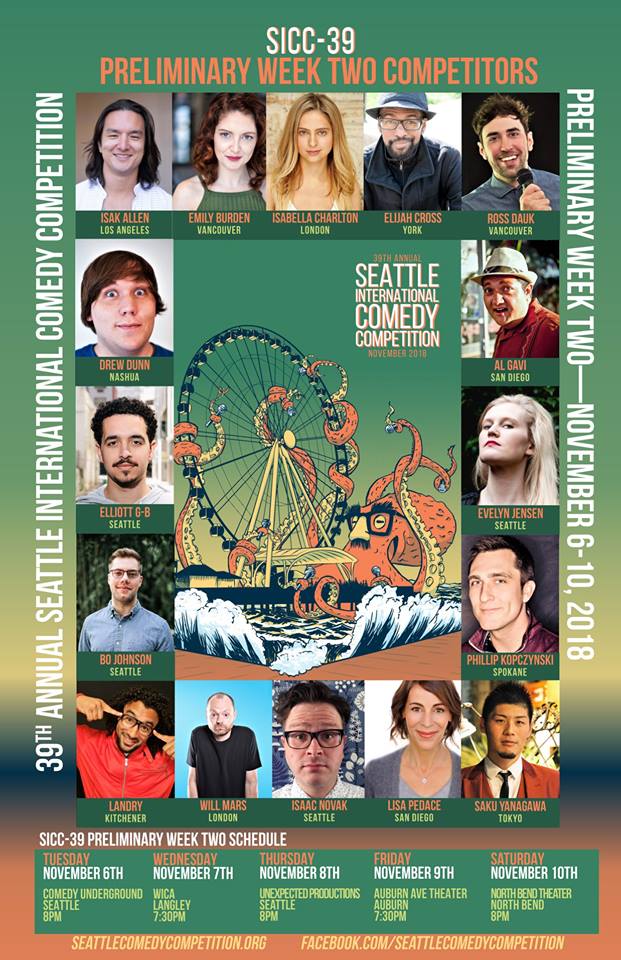