By Elizabeth Jackson, Stacker on September 15, 2021
Advertisement
The Supreme Court issues the final word on many polarizing issues in the United States. The court has made many famous rulings in its 250-year history, from the famous Brown vs. Board of Education, which mandated that separate schools for different races are inherently unequal, to more recent landmark cases, like the National Federation of Independent Businesses vs. Sebelius in 2012, which upheld the Affordable Care Act and its provision that mandates individuals obtain health insurance.
2021 thus far has seen a number of seismic rulings come down from the court. Issues like freedom of speech pertaining to social media and compensation for college athletes have all been judged at the nation’s highest court. The Supreme Court has issued rulings in 2021 that have touched on nearly every issue of life, including the right to privacy for donors to charities, voting rights, criminal justice, text messages from tech companies, and — again — the Affordable Care Act and its insurance mandate.Stacker compiled a list of 15 notable Supreme Court cases that occurred during the 2020-2021 term, using information from the Supreme Court’s website as well as legal archives and news reports. 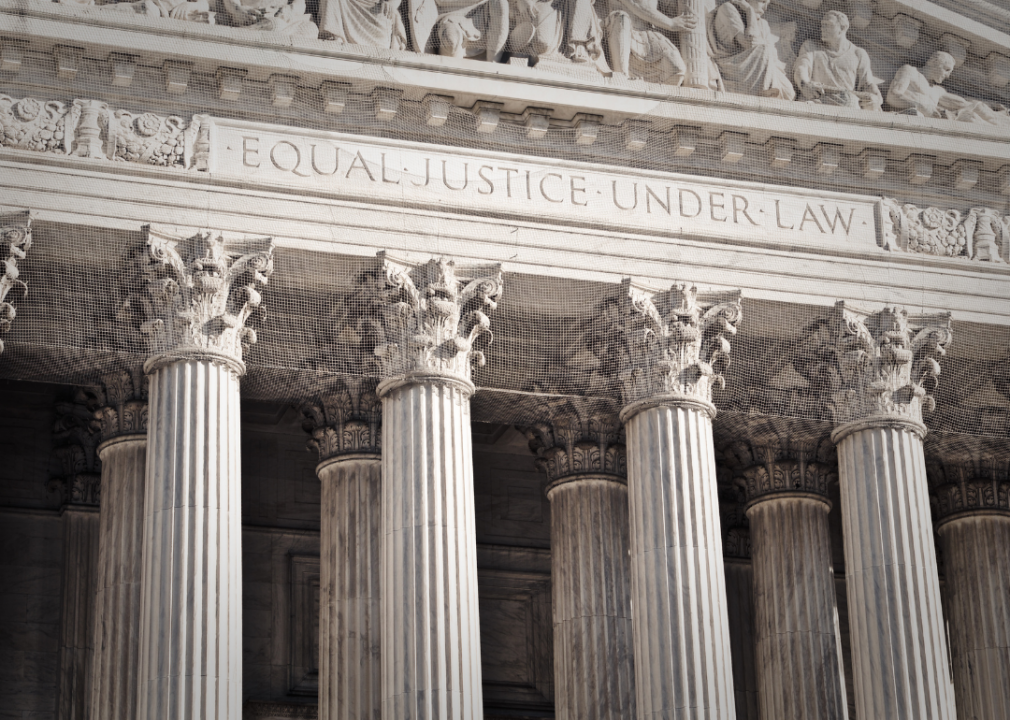 The dispute in Americans for Prosperity Foundation vs. Bonta stemmed from a regulatory requirement in the state of California that requires charities to disclose the identities of their major benefactors. Chief Justice John Roberts agreed with the 6-3 majority to side against California, writing that the state’s requirement violated the First Amendment’s right to Freedom of Association. The court’s three liberal justices dissented, arguing that waiving disclosure rules for charities paves the way for political campaigns and other entities to eventually follow suit. 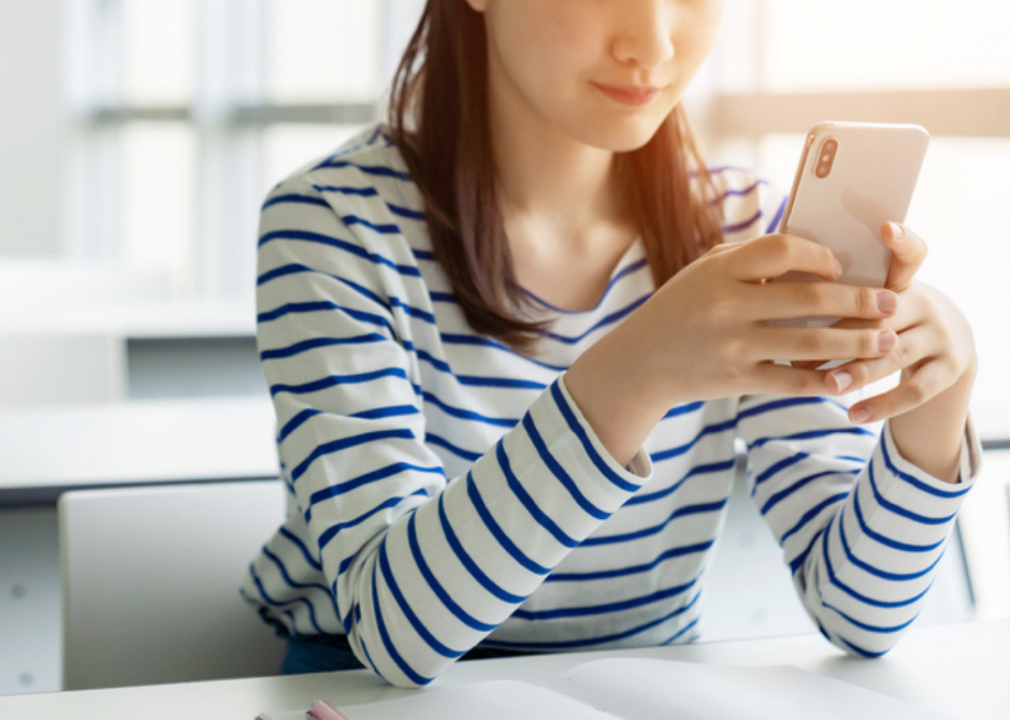 The Supreme Court case of Mahanoy Area School District vs. B.L. started with Snapchat. A sophomore on a Mahanoy Area School District cheerleading team posted a Snap that school officials ruled “disrespectful” before kicking her off the team. B.L argued that her right to freedom of speech had been infringed upon, and the court agreed. The 8-1 ruling touched on broader issues of social media as speech as well as the right to publicize an opinion. 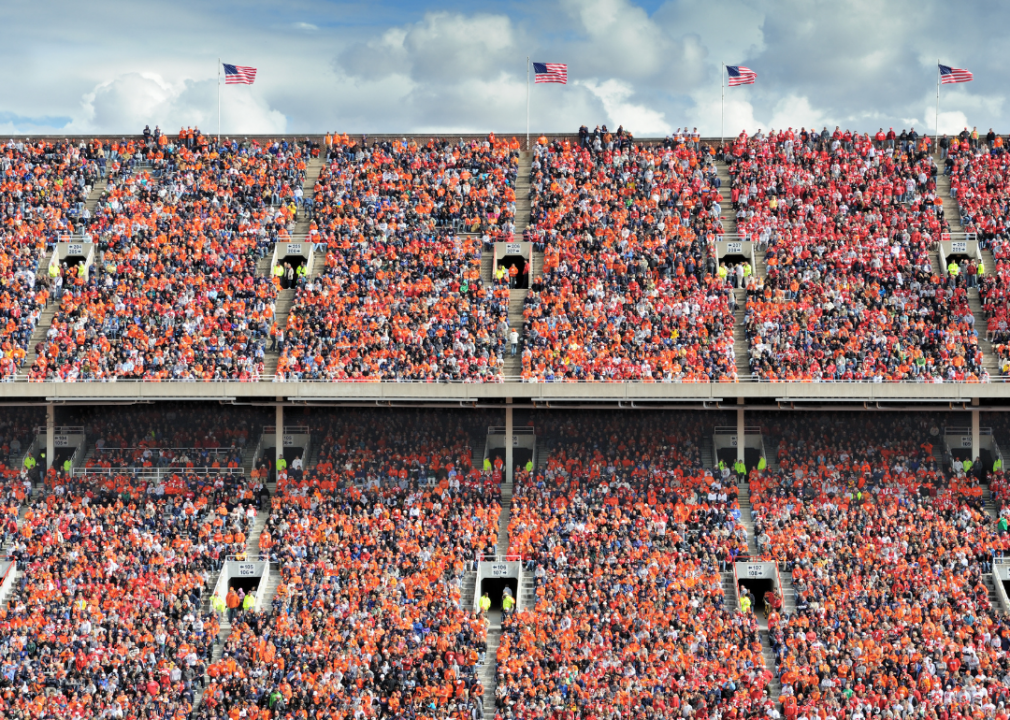 The issue of whether college student athletes should be compensated has been debated for decades, and it finally made its way to the Supreme Court this year. In a landmark ruling, the justices ruled unanimously that the NCAA may not prohibit student athletes from being paid moderate education-related expenses. The ruling left the question of non-academic compensation for another day but was a definitive anti-trust ruling in favor of student athletes, who often make tremendous profits for teams (and schools) in the NCAA. 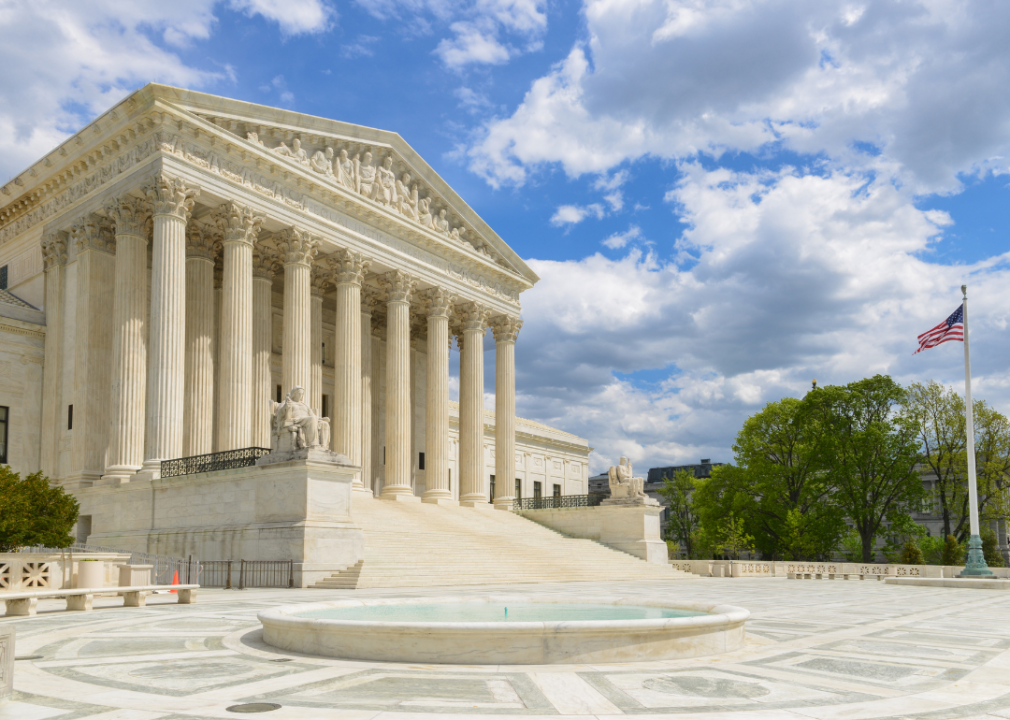 The Affordable Care Act faced its third Supreme Court challenge in 2021. The case stemmed from several Republican-led states (including Texas) and a few private individuals who sought to strike down the Affordable Care Act, which mandates that individuals purchase health insurance. The court left the issue of the mandate for another day, ruling 7-2 that the states and individuals bringing the case lacked the proper authority to do so. 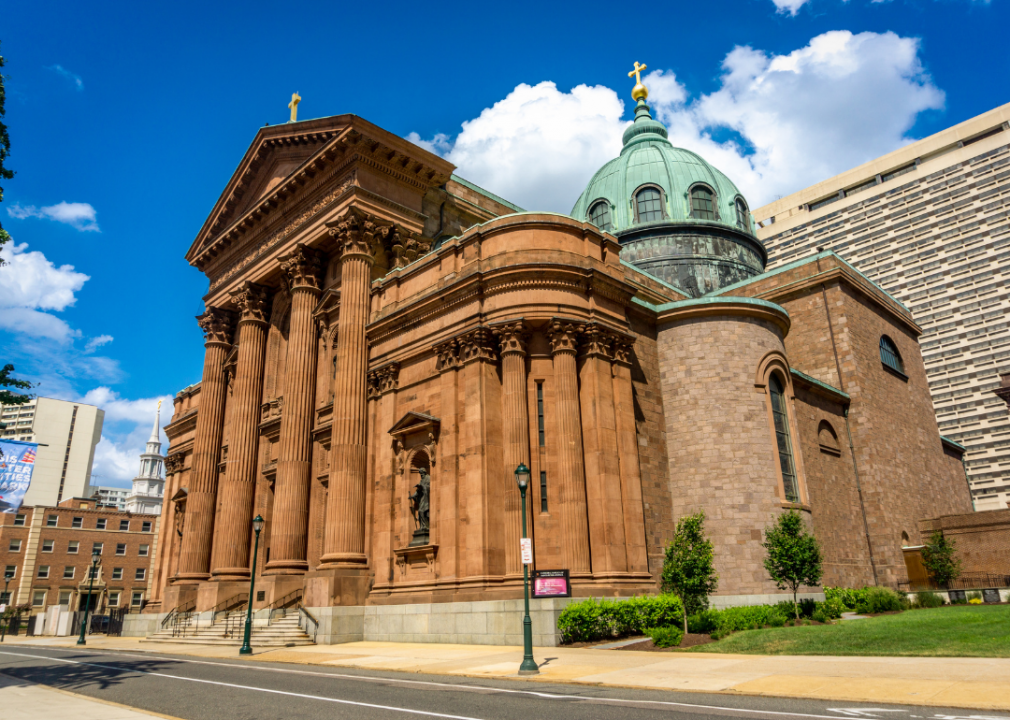 Gay rights and freedom of religion were the issues at play in Fulton vs. City of Philadelphia. The court ruled unanimously that the city of Philadelphia had violated the rights of a Catholic charity when it required that the charity work with same-sex couples when screening for foster parents. The court’s ruling does not mirror public sentiment, which is fairly evenly split between those who believe the city was violating the charity’s right to freedom of religion and those who disagree. 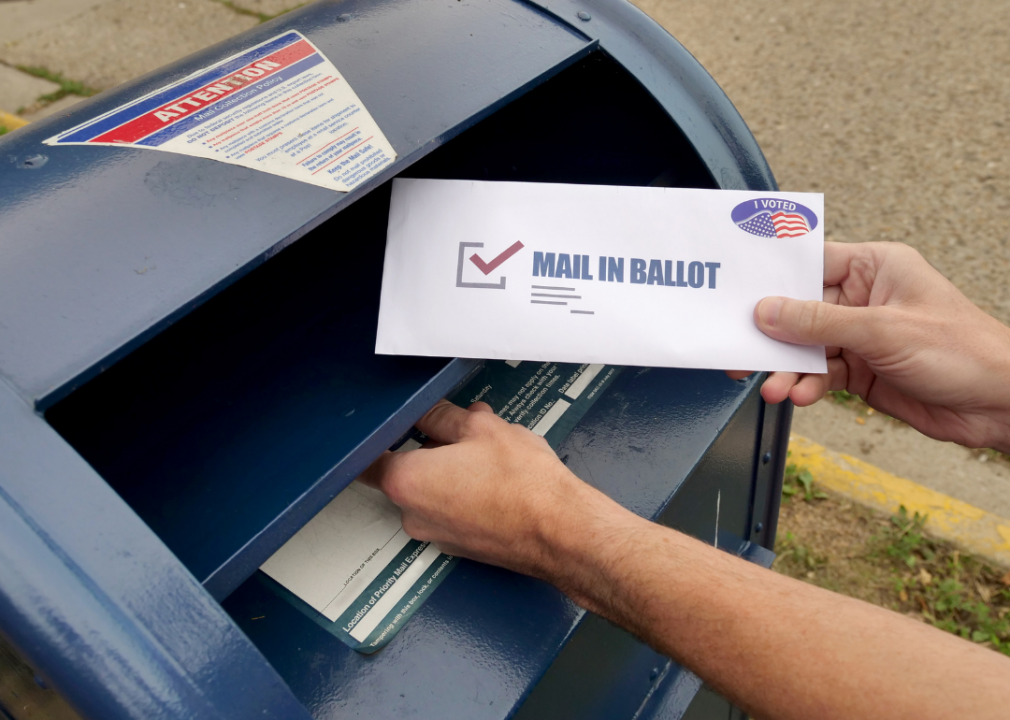 Voting rights lay at the heart of Brnovich v. Democratic National Committee. The court ruled in a 6-3 decision that the state of Arizona has a right to impose voting restrictions. Voting rights have become a hot-button issue since the 2020 presidential election, with many states (mainly those led by Republicans) moving to curtail voting rights. The verdict in Brnovich v. Democratic National Committee gave these states judicial license to proceed. 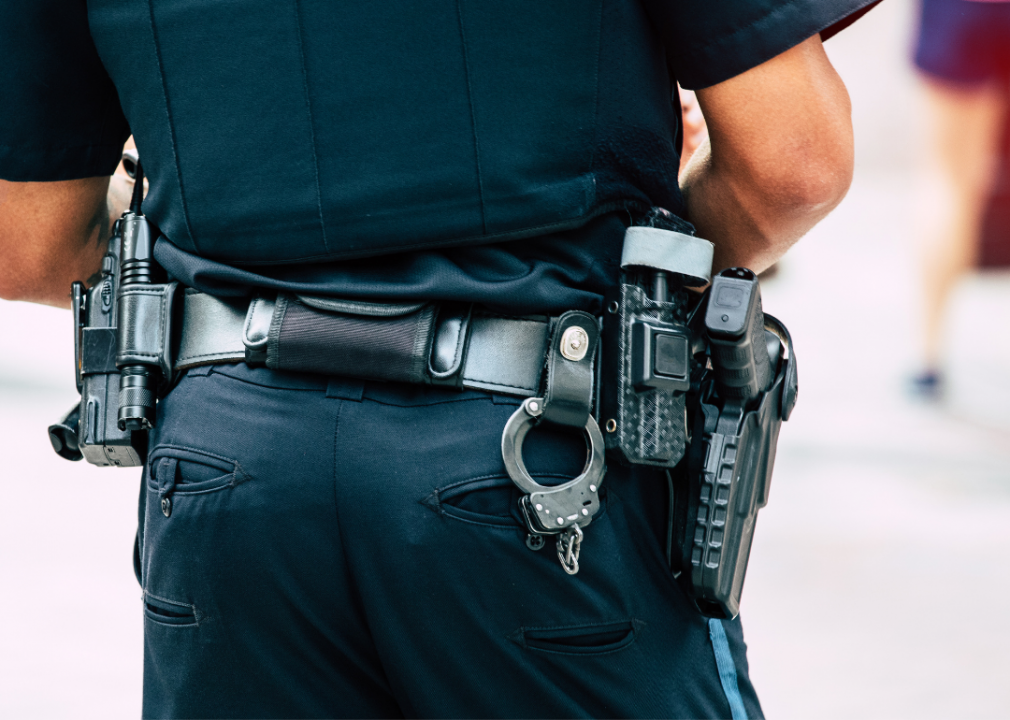 Caniglia v. Strom touched on issues related to the criminal justice system. The case originated with a domestic dispute involving a firearm, and the gun was eventually confiscated by the police while Caniglia was not at home. The court ruled unanimously that Caniglia’s fourth amendment rights had been violated and his home should not have been entered, nor his gun taken. 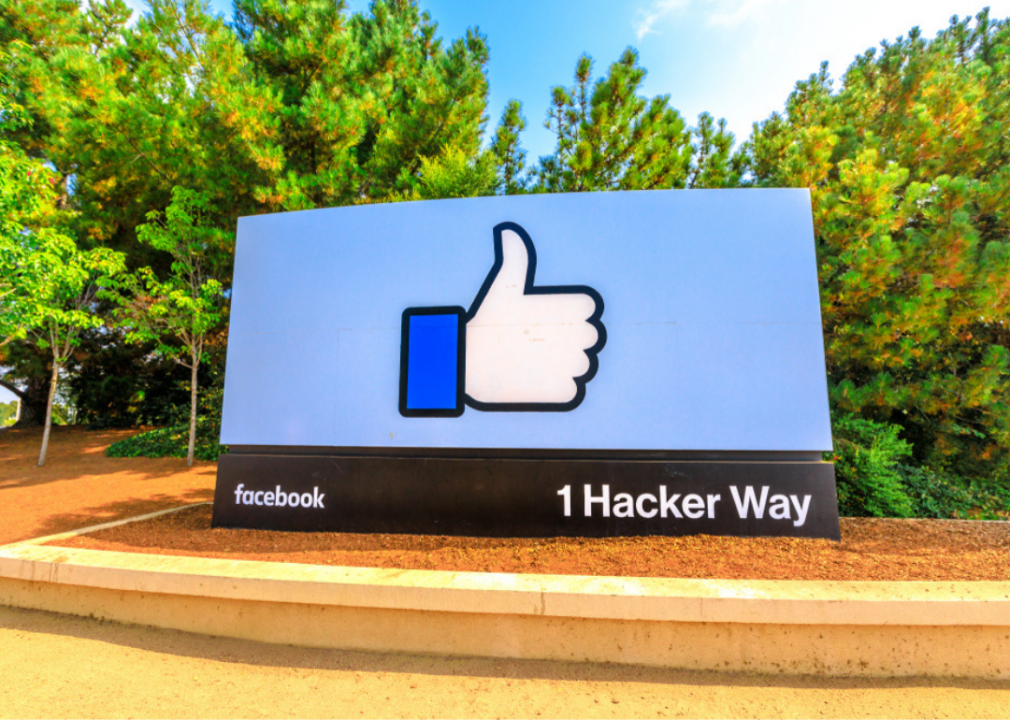 Anyone who has ever received a text message from a tech company alerting them of a potential security breach is familiar with the issue at play in Facebook Inc. v. Duguid. The case was brought against Facebook by one user who did not want these text messages. Noah Duguid sued the company for violating the Telephone and Consumer Protection Act of 1991, which prohibits autodialed calls. The court sided with Facebook on the grounds that text messages are not phone calls. 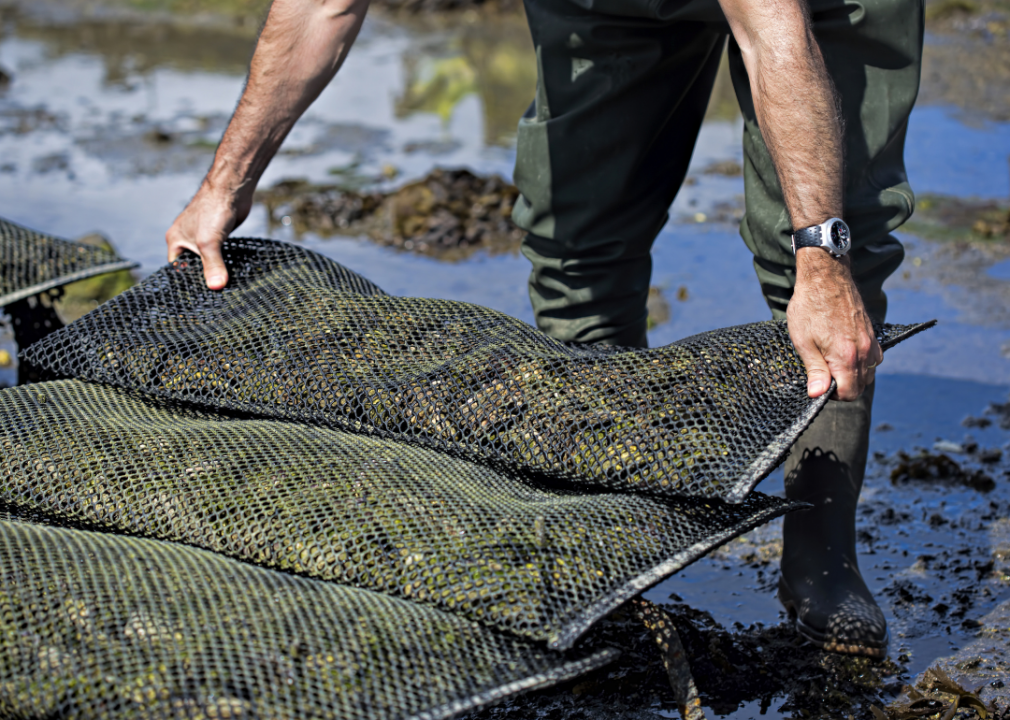 Oysters started the dispute in Florida v. Georgia. Florida claimed that Georgia was using too much interstate water, harming Florida’s fisheries. The court ruled that Florida had failed to produce clear evidence that Georgia had caused such harm, emphasizing to future petitioners the need to have measurable evidence before claiming damage. 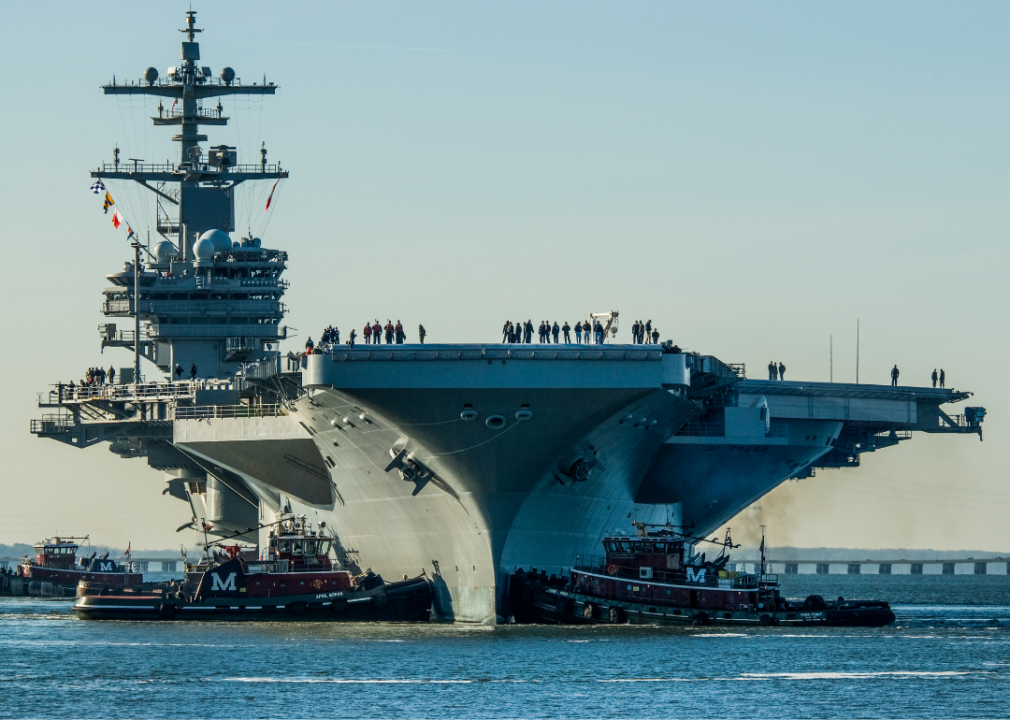 Guam brought a suit against the United States Navy, with the U.S. territory claiming that it has sustained environmental damage due to the Navy’s hazardous dumping of waste. The court ruled in favor of Guam, saying that Guam could proceed with the lawsuit it brought in order to seek damages for the contamination.

You may also like: U.S. cities with the cleanest air 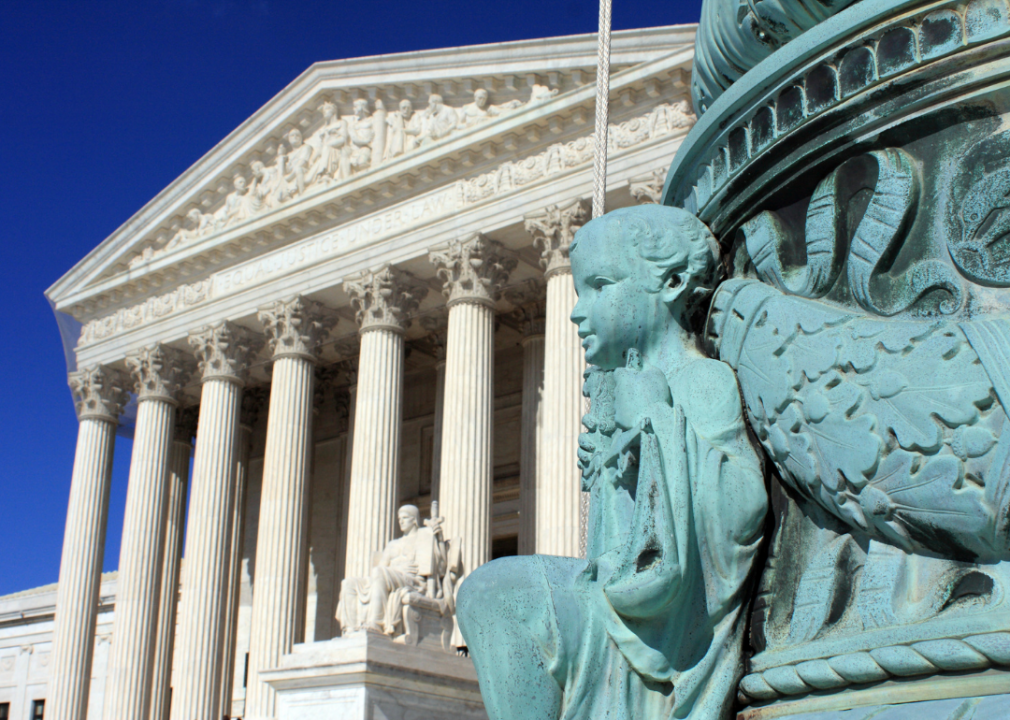 Criminal justice for youth was the issue at hand in Mississippi v. Jones. The court found that judges do not have to uphold the prior standard — showing that a young person is “permanently incorrigible” — before sentencing them to life in prison. Criminal punishment for young offenders has become more lenient in recent years, and this 6-3 decision was a significant reversal of this trend. 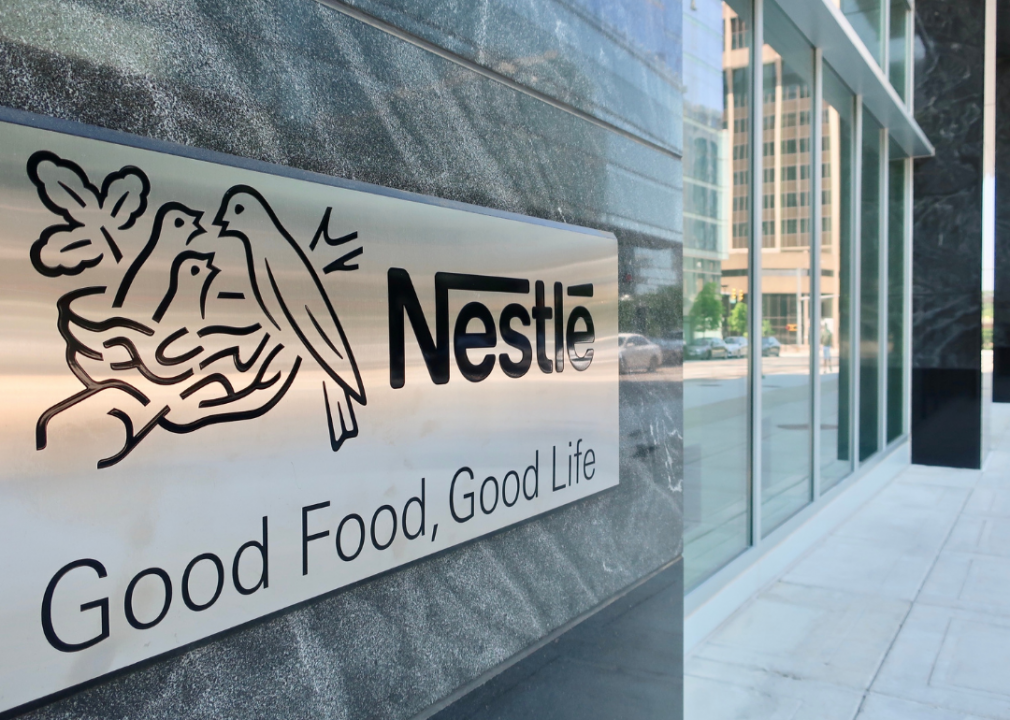 Nestle Inc. v. Doe I dealt with the issue of whether foreign individuals can pursue action against American corporations in American courts. The case was brought by individuals in the African nation of Mali who had been trafficked into slavery as children. They sued Nestle, saying the company had profited from child slavery and trafficking. The court ruled in favor of Nestle, limiting the rights of foreign nationals to sue Americans in federal court. 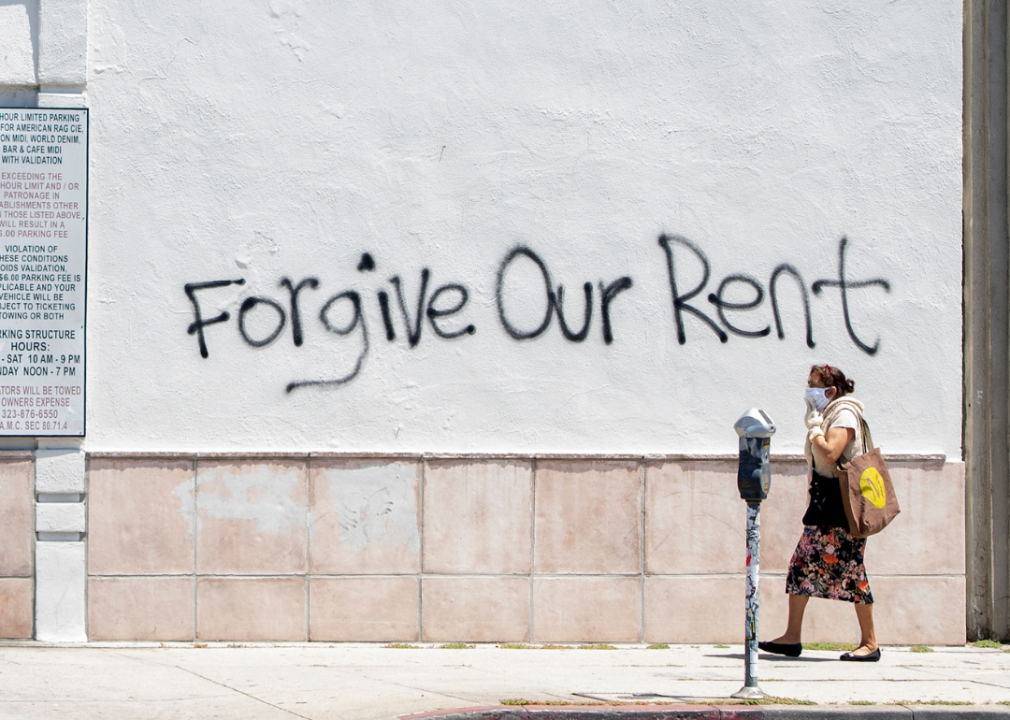 The court upheld the COVID-related evictions ban in Alabama Association of Realtors v. Department of Health and Human Services. The Alabama Association of Realtors had sued, claiming that many renters will not realistically be able to pay the months of back rent they owe, and that landlords cannot pursue eviction due to the current ban. The court ruled 5-4 in favor of upholding the ban, which is set to expire in several months’ time. 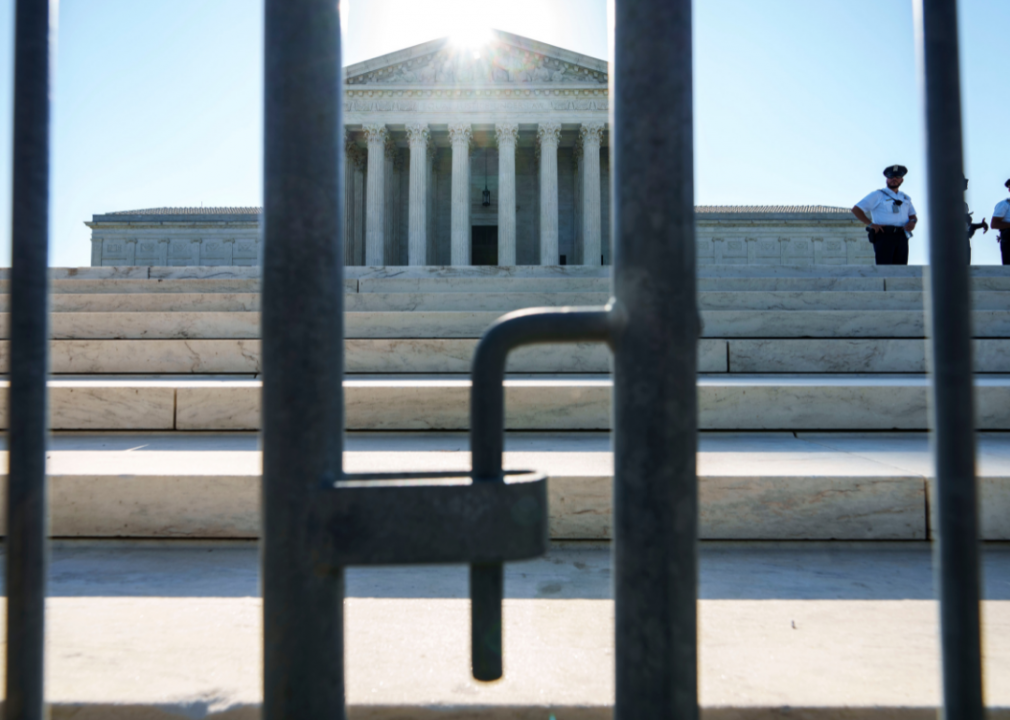 Jose Sanchez and his wife fled to the United States in 2001 following a devastating earthquake in their home country of El Salvador. They received Temporary Protected Status and applied for permanent residency in the United States, but were denied. The court sided with the immigration agency, unanimously ruling that Temporary Protected Status does not count as lawful admission to the country, thus rendering the couple ineligible for lawful permanent residency. 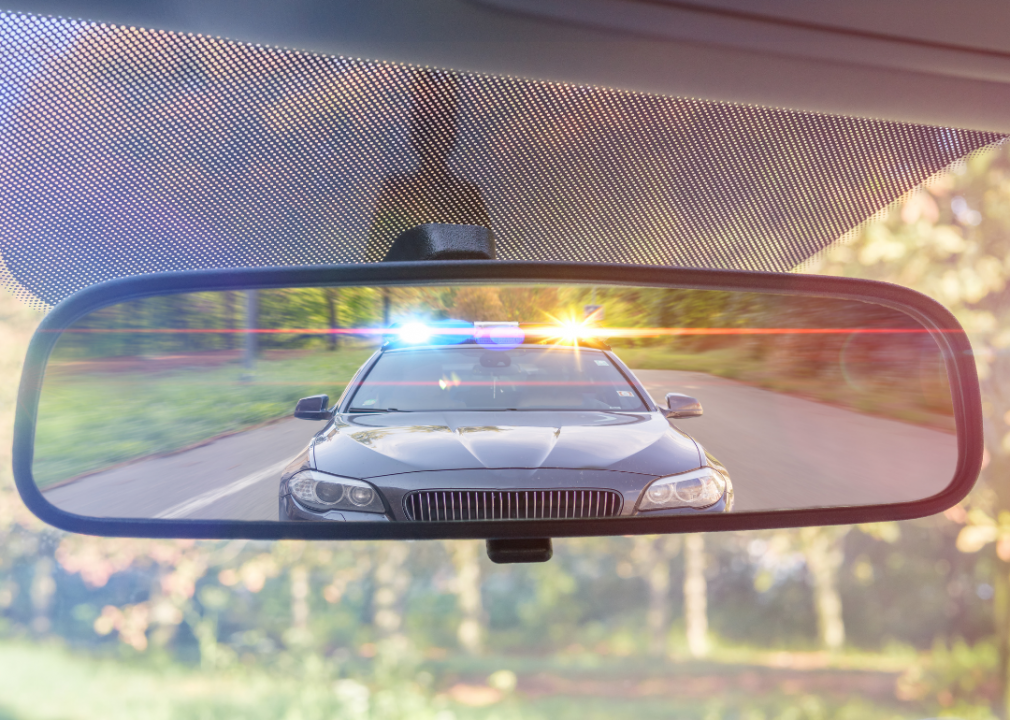 A tribal police officer detained Joshua James Cooley, a non-Native man, on a Native American reservation. Cooley was found to have meth in his truck and arrested, but he later claimed that his arrest was illegitimate because the officer was acting outside the scope of his authority. The court ruled 9-0 that the officer did have a right to arrest Cooley, who posed a clear community danger on tribal land.

This article was provided by Stacker. The Auburn Examiner has not individually verified its content.