Is a Recession Good for the Housing Market?

Is a Recession Good for the Housing Market?

The big news the past couple weeks was that the yield curve inverted.  First of all, a normal yield curve looks like this: 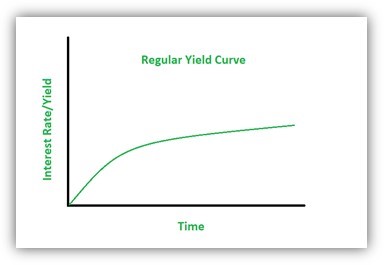 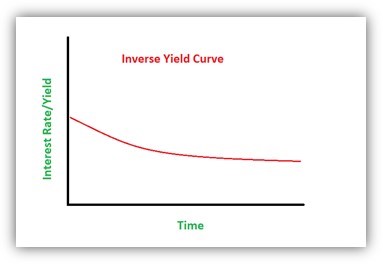 Why is an inverted yield curve such a big deal?  Because it’s scary accurate for predicting if a recession is coming based on data from the last five recessions (see below).  Think of it as the Canary in the Coal Mine.  The canary (in this case, investors), are fearful of a recession in the short run;, so they park their money in longer-term bonds instead of short terms bonds.  This gives us an inverted yield curve.  It’s like we asked the audience if a recession was coming, and they answered YES by way of bidding the ten year Treasury Bond below the two year Treasury Bond.

So now that the yield curve officially inverted this past week and it looks like a recession is on its way (given past data of what happens when a yield curve inverts), we have a snowball effect of even more people jumping on the bandwagon to buy long term bonds, like the ten year Treasury Bond and the 30 Year Mortgage Bond!

When more people buy the mortgage bond, the interest rate being charged to homeowners/homebuyers goes down, and holy smokes affordability goes way up!  Thus, even though we may be headed towards a recession because rates are falling, the increased affordability will keep demand for housing stable and therefore protect our Puget Sound Housing Market prices.

“ATTOM Data Solutions, a leading real estate data provider, looked at home prices during the five recessions since 1980 and found that only twice – in 1990 and 2008 – did home prices come down during the recession, and in 1990 it was by less than 1 percent.  During the other three, prices actually went up.”  Considering this, there is a 60% chance based on past data that housing prices in Puget Sound will err on the side of appreciating if we do indeed end up in another recession here. 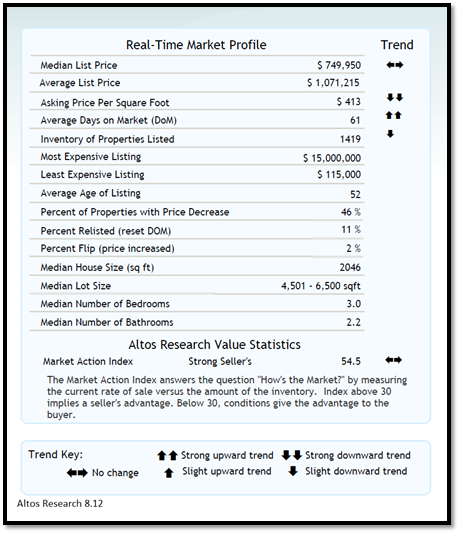 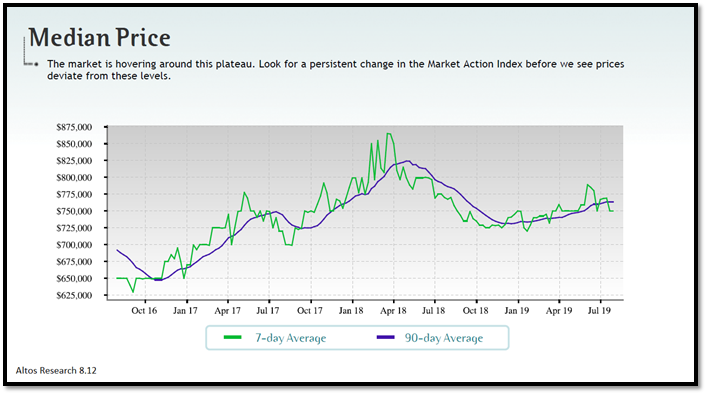 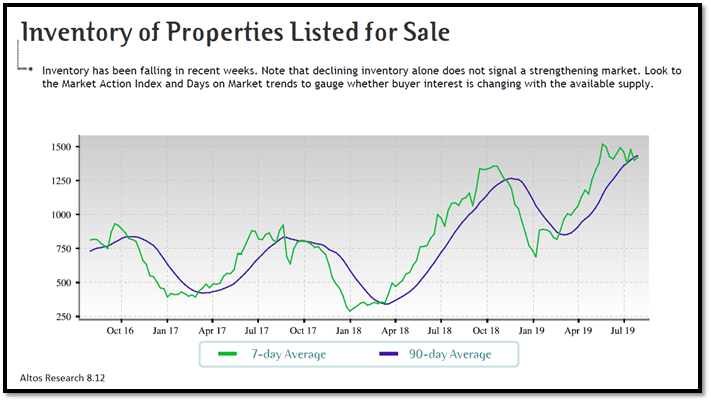 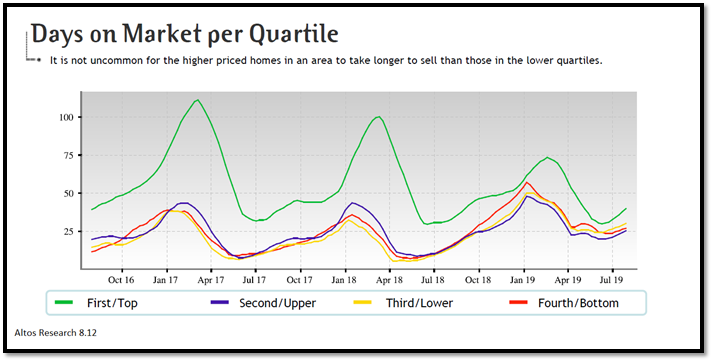 Per Bankrate.com, the 30-year mortgage interest rate remained steady at 3.81%, with .32 in discount and origination points. Rates have fallen 1.29% since their 52-week high of 5.1%

Mortgage rates were mixed this week after steep declines a week ago.

The 30-year fixed mortgages in this week’s survey had an average total of 0.32 discount and origination points.

Results of Bankrate.com’s weekly national survey of large lenders conducted Aug. 14, 2019, and the effect on monthly payments for a $165,000 loan:

The “Bankrate.com National Average,” or “national survey of large lenders,” is conducted weekly. The results of this survey are quoted in our weekly articles and national media outlets. To conduct the National Average survey, Bankrate obtains rate information from the 10 largest banks and thrifts in 10 large U.S. markets. In the Bankrate.com national survey, our Market Analysis team gathers rates and/or yields on banking deposits, loans and mortgages. We’ve conducted this survey in the same manner for more than 30 years, and because it’s consistently done the way it is, it gives an accurate national apples-to-apples comparison.  https://www.bankrate.com/mortgages/analysis/

Scott Sheridan is a Loan Officer with Primary Residential Mortgage, Inc.  Being in the mortgage industry for three years, Scott brings a fresh millennial flair to the industry. He is well-versed in the most modern, efficient, and convenient ways to get things done. Scott combines these skills with a genuine love of his work and recent experience in what is it like to be a first and second-time home buyer.  You can follow Scott’s weekly market updates on his PRMI

Published in Finance and Real Estate