The Auburn School District (ASD) is the primary public school district service Auburn students, K-12. The district consists of 14 elementary schools, 4 middle schools, 3 comprehensive high schools, and 1 alternative high school.  Currently, a new building for Olympic Middle School is under construction and the groundbreaking for a new elementary school in south Auburn is planned for April 20, 2019.

The Auburn School District Board of Directors consists of five members who are elected by the voters of the entire school district.

Dr. Alan Spicciati served as a teacher, principal, administrator and interim superintendent at Highline Public Schools prior to being named Auburn’s superintendent in July 2015.

It’s hard to believe it is already winter and the school year is almost half over.  Students and staff have been working hard on all fronts this year.

Here are some highlights from the year so far:

We continue our work towards 100 percent graduation.  From No Excuses University in grades K-8, additional support for high school students with extra time, and a system-wide commitment towards success, our goal is to graduate 100 percent of our students ready for success beyond high school.  We will keep you updated on our progress.

I wish you and your family a relaxing winter break and Happy New Year.

For more information about the AuburnSchool District, call (253) 931-4900, or visit www.auburn.wednet.edu 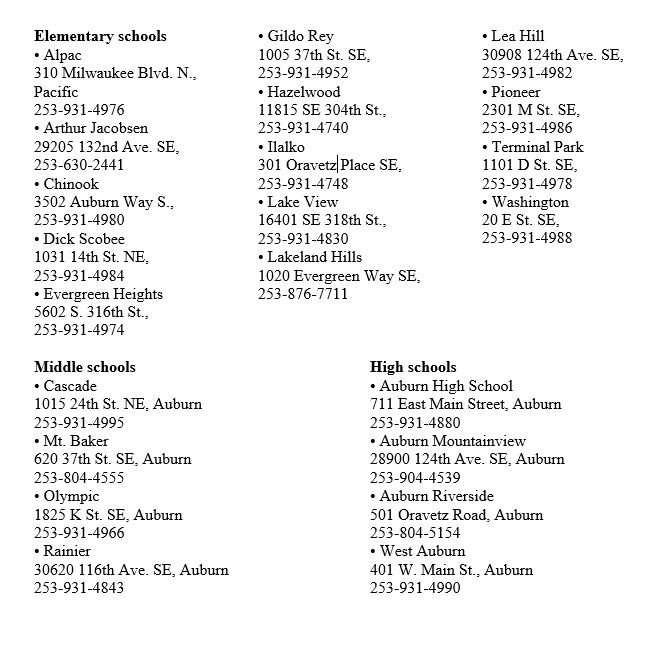