By Madison Troyer, Stacker on September 11, 2021
Advertisement
Twenty years ago, on September 11, 2001, the United States experienced one of the deadliest single days in its history. Two planes, carrying 92 people and 65 people, respectively, crashed into each of the World Trade Center towers. Minutes later, another flight, carrying 64, crashed into the side of the Pentagon. A final plane crashed minutes after that one, in a field near Shanksville, Pennsylvania, after passengers successfully steered it away from its White House target, killing 44 more. All told, 2,977 Americans lost their lives that day, thanks to the extremist beliefs of Osama bin Laden and his jihadist following.

For those of us who lived through 9/11, the day’s events will forever be emblazoned on our consciousnesses, a terrible tragedy we can’t, and won’t, forget. Now, two decades on, we’re reflecting back on the events of 9/11 and many of the ways the world has changed since then. Using information from news reports, government sources, and research centers, we’ve compiled a list of 20 aspects of American life that were forever altered by the events of that day. From language to air travel to our handling of immigration and foreign policy, read on to see just how much life in the United States was affected by 9/11. 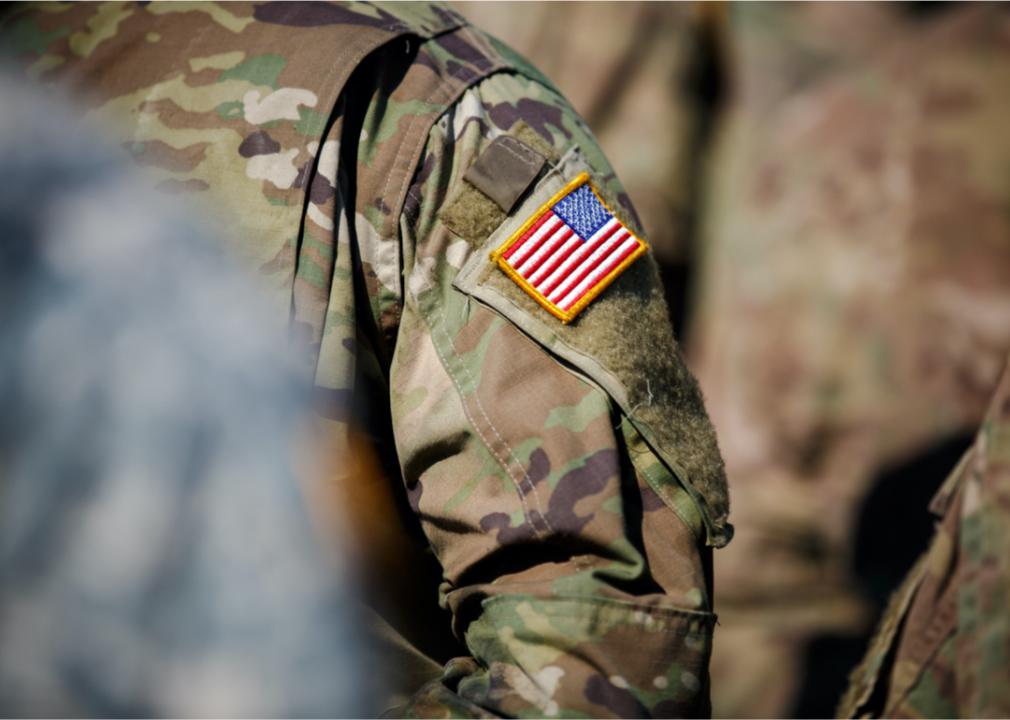 America has been involved in non-stop wars

Before the terrorist attacks on 9/11 it had been almost a full decade since the U.S. had been involved in an international war in any meaningful way. From 1990-1991, American armies engaged in overseas action in the Gulf War. After the attacks, peacetime ended with the beginning of both the Iraq War, which took place from 2003-2011, and the Afghanistan War, which went on from 2001-2021. The Afghanistan War, in particular, earns mention as it is the longest war in American history, to date. 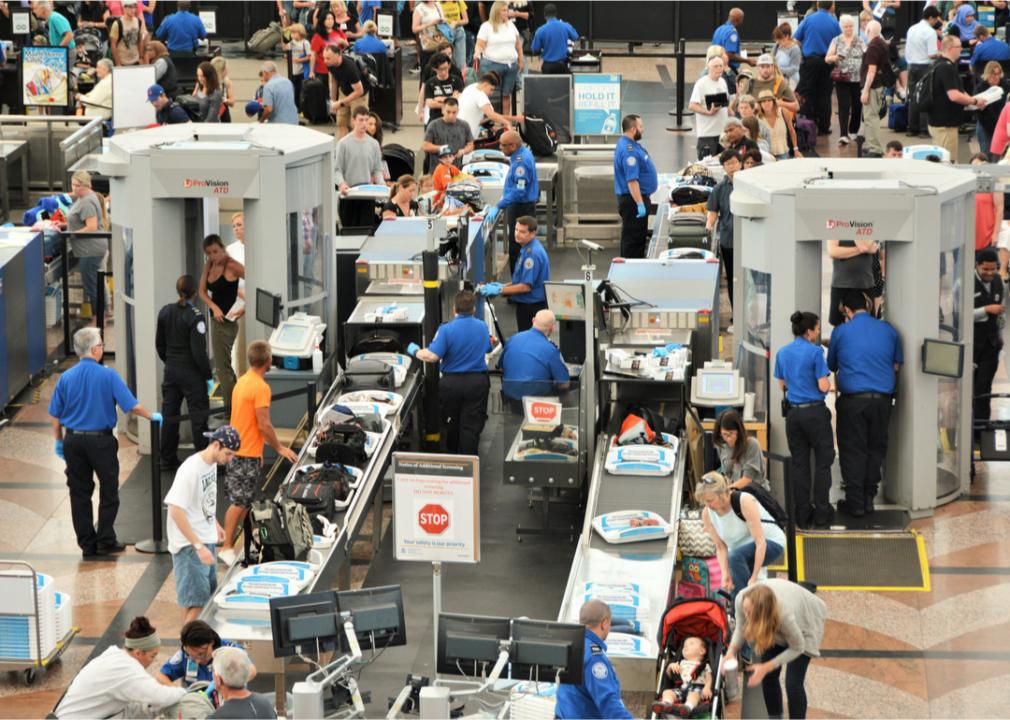 Air travel has seen some of the biggest changes since 2001. Pre-9/11, unticketed individuals were able to pass through security and accompany travelers to and from their gates; you were able to keep your shoes on while moving through security; liquids of all sizes were allowed onboard planes; and commercial airline pilots weren’t armed. Today, all flight deck personnel are trained to carry firearms, pre-boarding screening for passengers and employees is much more intense and randomized, and travelers are required to show photo IDs in order to board a plane. 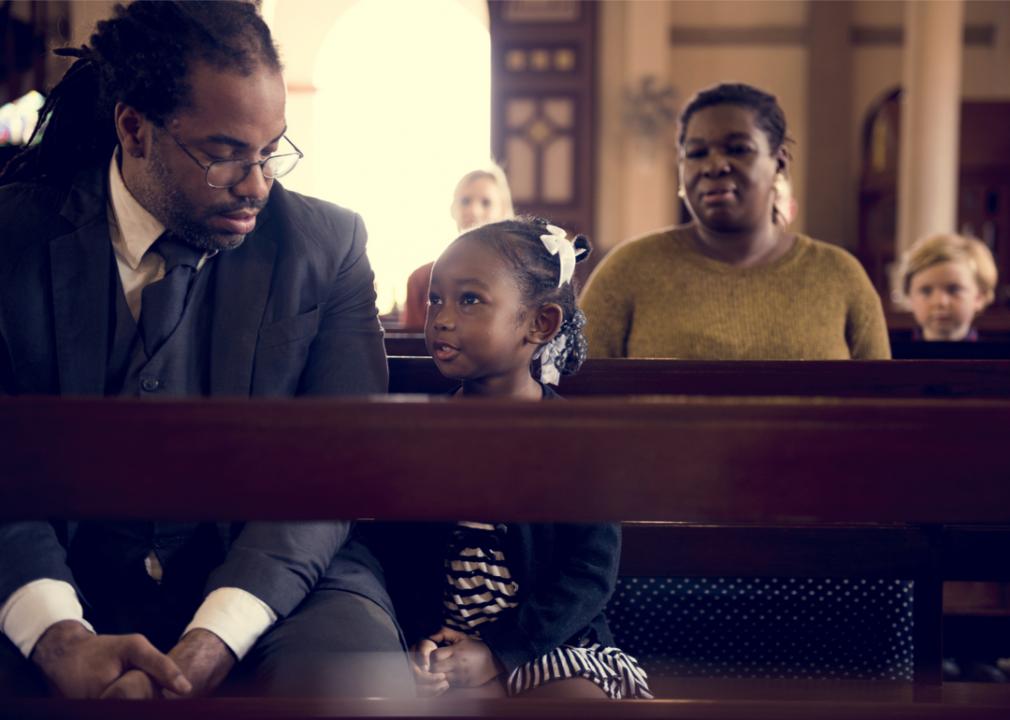 Tragedies often have a way of reminding us of the importance of faith, and 9/11 was no exception. Studies found that there was a significant, albeit brief, increase in church attendance after the terrorist attacks. Additionally, Gallup found that in 2001 and 2002 Americans felt that religion was increasing its influence on American life, and was a more significant and important part of our day-to-day lives than it had been in decades past. However, neither of these effects lasted, and today both church attendance and beliefs about faith’s importance are at all-time lows. 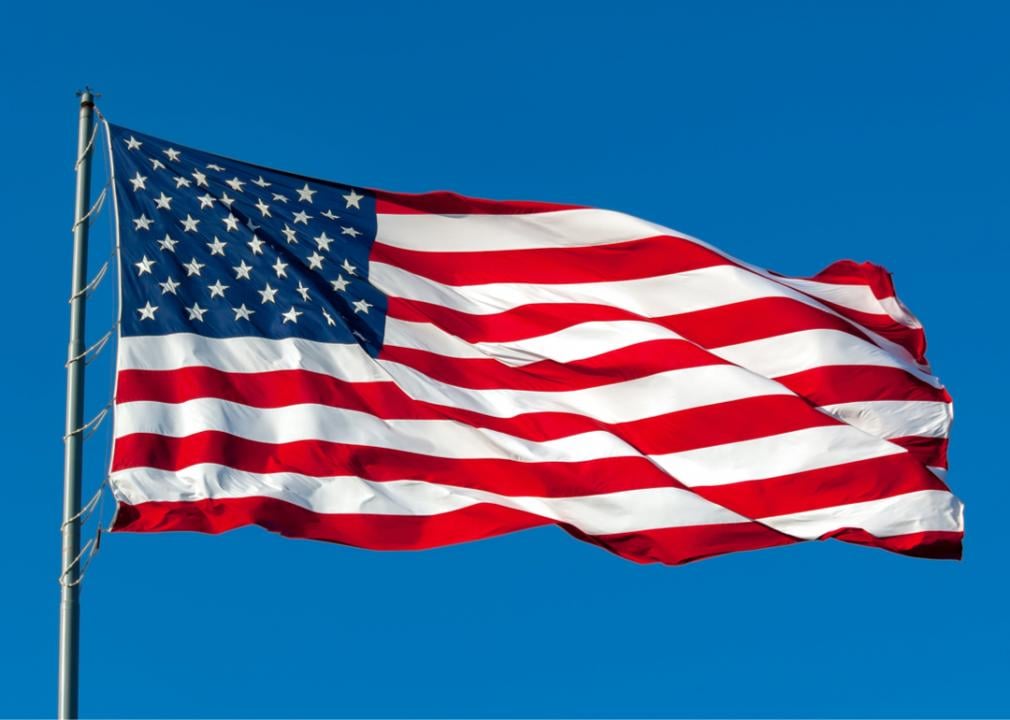 Patriotism is at an all-time high

While traditional religion may have only experienced a brief resurgence after 9/11, patriotism, or civil religion, has experienced a much longer resurgence. A year after the terrorist attacks, Pew Research reported that 62% of individuals felt more patriotic than they had a year earlier. We still see this increase in love for country in the frequency with which we do things like play the national anthem or other patriotic songs like “God Bless the U.S.A.,” stand for the flag at sporting and entertainment events, and recite the Pledge of Allegiance. 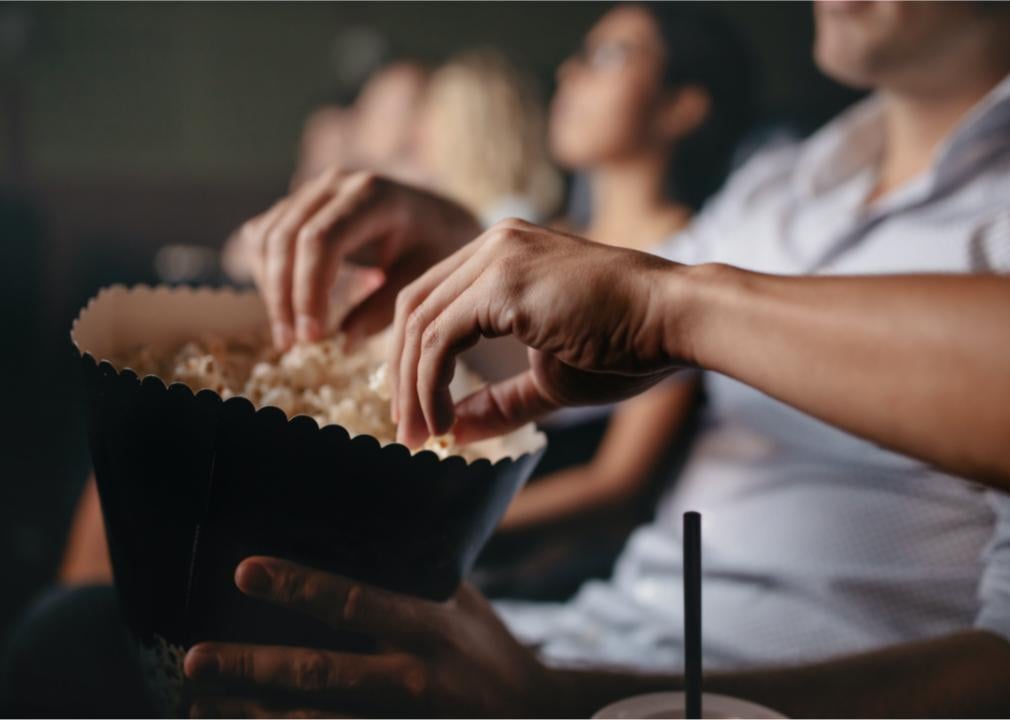 According to Vox author Lindsay Ellis, “no event in U.S. history caused such a dramatic and sudden change in U.S. media trends as 9/11.” Among the many shifts that took place, we saw directors and screenwriters shying away from war and destructive event tropes ​​in movies and TV shows; songwriters amping up their patriotic themes; and an increase in fantasy series that allowed viewers and readers to escape the tragedies of the real world and retreat into black-and-white universes where what was right always won against what was wrong. 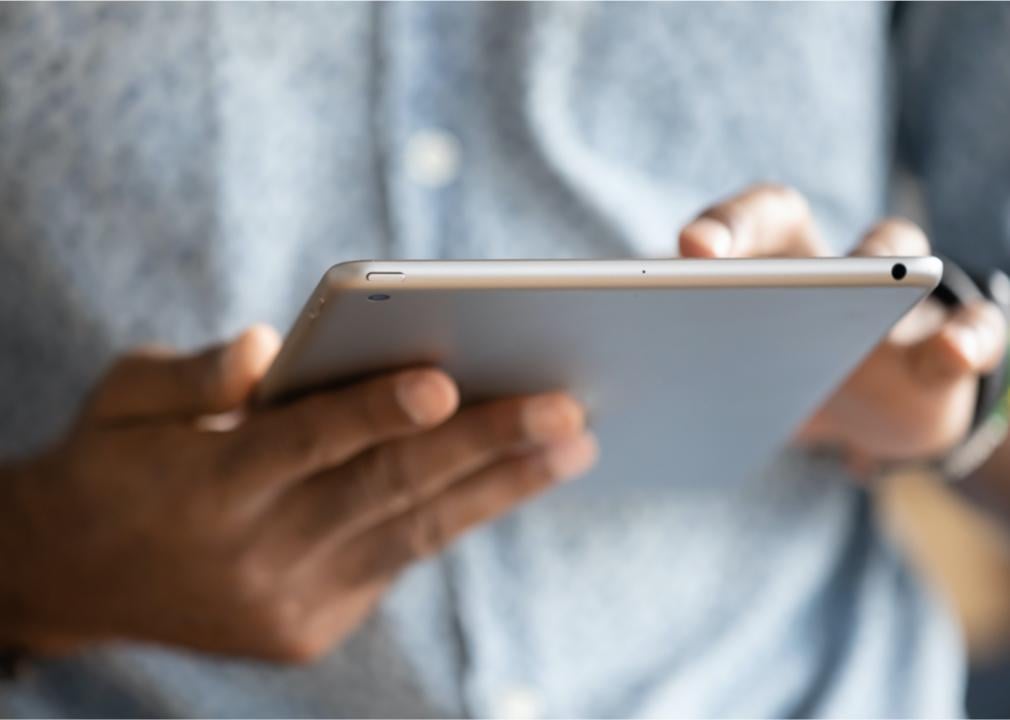 Acceptance of conspiracy theories went up

Perhaps because it was one of the first major domestic tragedies to take place after the rise of the internet, the number of widely believed conspiracy theories increased after the 9/11 attacks. To this day, there are a number of conspiracies about the day itself, namely that it was some kind of inside job, that are frequently discussed and touted in online forums like Reddit and 8chan. These theories have arguably made it more acceptable for folks to discuss and believe in increasingly harmful ideas like QAnon. 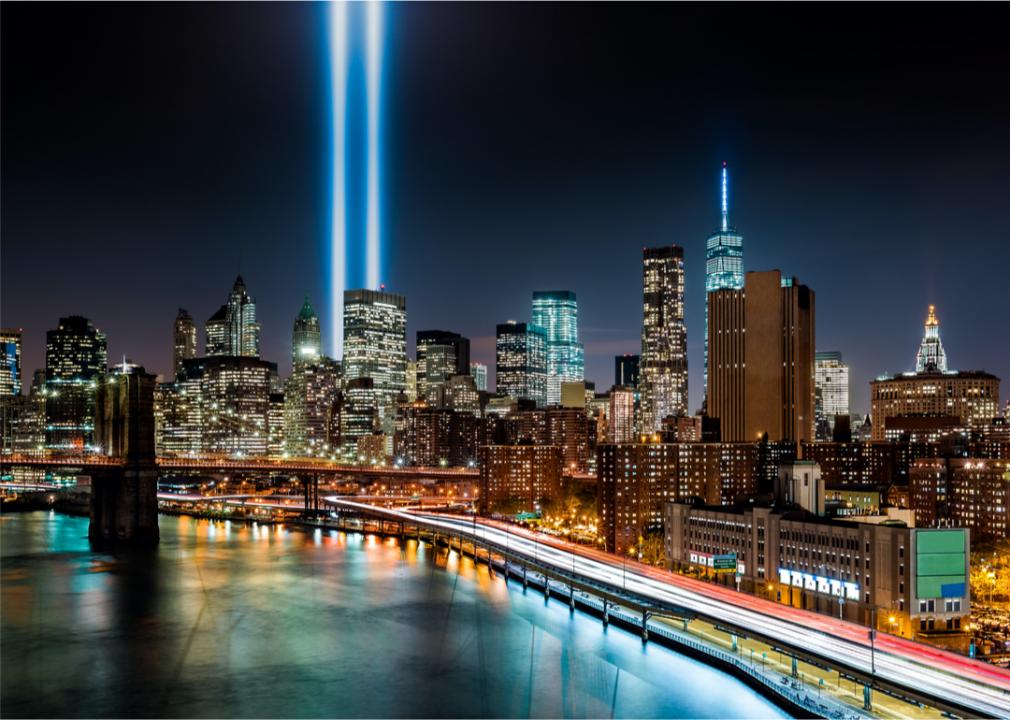 One thing that September 11, 2001, changed that we seldom think about is language. Linguists argue that the way we talk about the terrorist attacks, namely referring to them as 9/11, is completely original, and has set a precedent for the way we talk about terrorist attacks of similar size and importance in other areas (e.g., 11-M when referring to the 2004 Madrid bombings or 7/7 when discussing the 2005 London bombings). 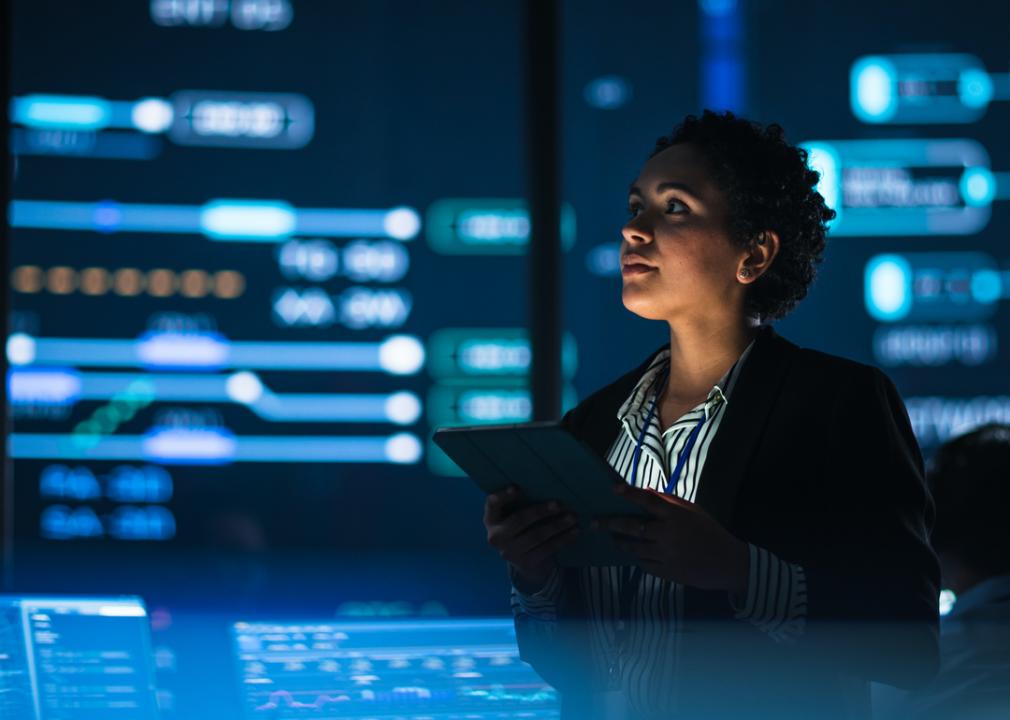 Americans are under more surveillance than ever before

Surveillance has increased tenfold since 2001, with many of the related laws and acts being passed under the guise of preventing further terrorist attacks. For example, the Patriot Act, which was passed just 45 days after 9/11, allows the government to monitor the phone and email communications, bank and credit records, and internet activity of all its citizens. Opinions remain sharply divided as to whether this act, and others like it, actually lead to a decrease in terrorism activity or are just overreach by the government into the lives of innocent civilians. 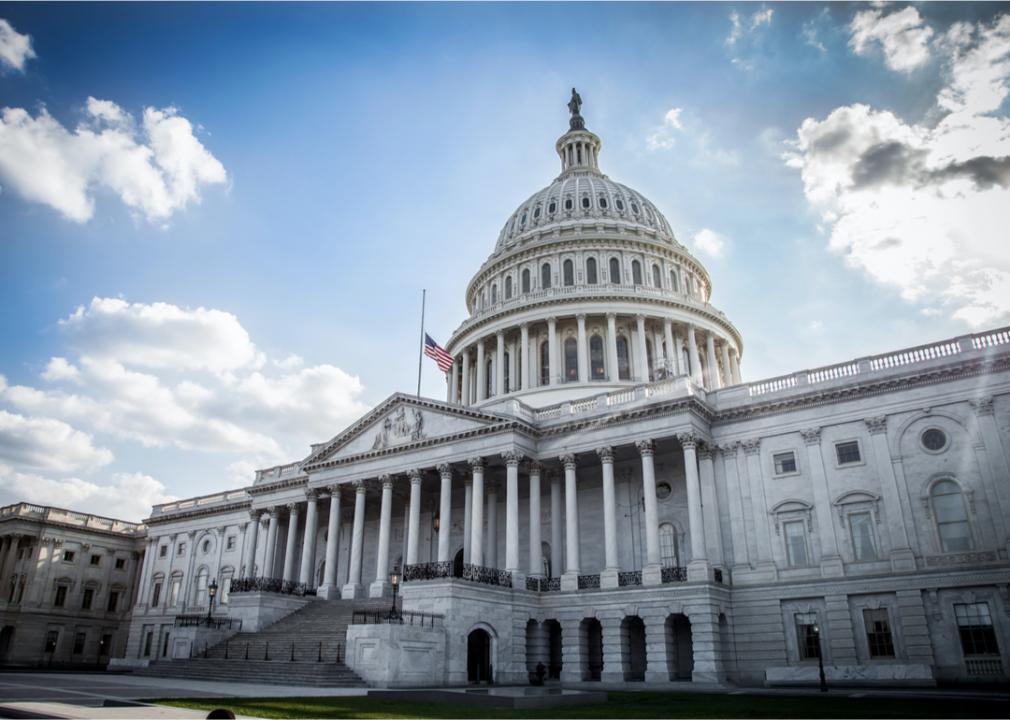 Trust in the government has gone down

Despite a brief surge immediately after 9/11, Americans’ trust in their government has been steadily declining over the last two decades. Since 2007, Pew Research has found that no more than 30% of Americans feel that they can trust their government to do the right thing. This may be, in part, due to the fact that the resulting wars went on for so long despite a lack of public support or desire to remain engaged. 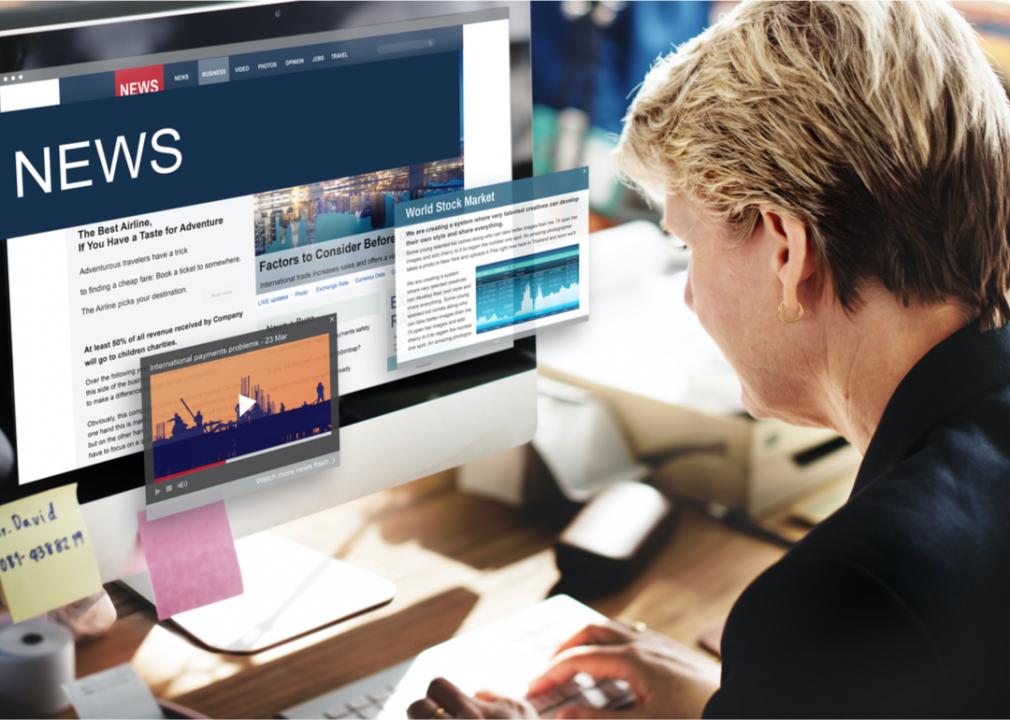 The type of information journalists cover is different

Before 9/11, network news and local journalists were more focused on domestic issues and events than they were on foreign affairs. Post 9/11, Pew Research found that has shifted and coverage of global conflicts has increased significantly. Specifically, coverage of terrorism has gone up 135% and coverage of foreign policy has increased by 102%. 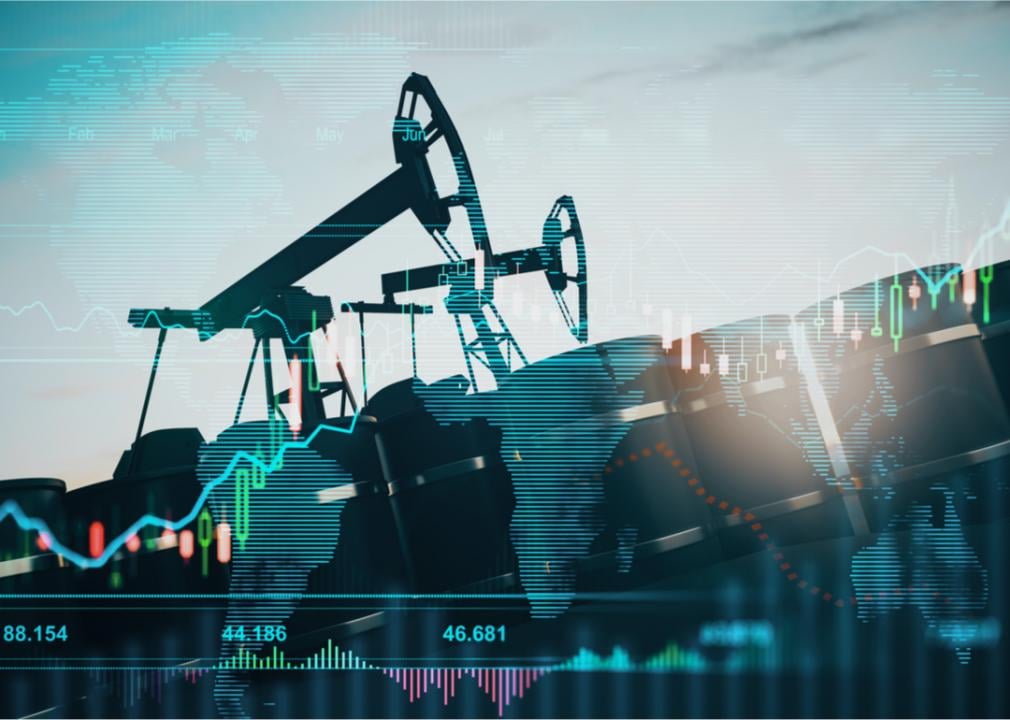 Who is Danny // Shutterstock 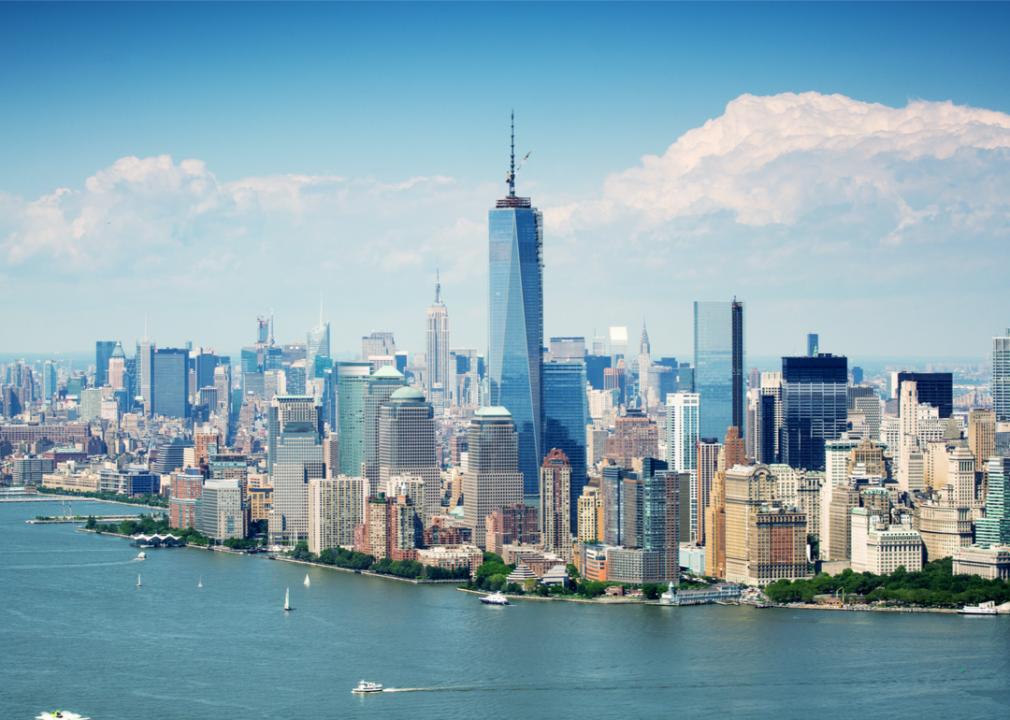 NYC has grown, not shrunk

There was some belief right after the 2001 terrorist attacks that New York City would empty out, as residents went in search of safer pastures. However, since then the city’s population has only grown, particularly in lower Manhattan, which nearly doubled in size in the first 15 years after the event. Chalk it up to the resilience of New Yorkers or the draw of cheap real estate, but the world’s greatest city is alive and thriving. 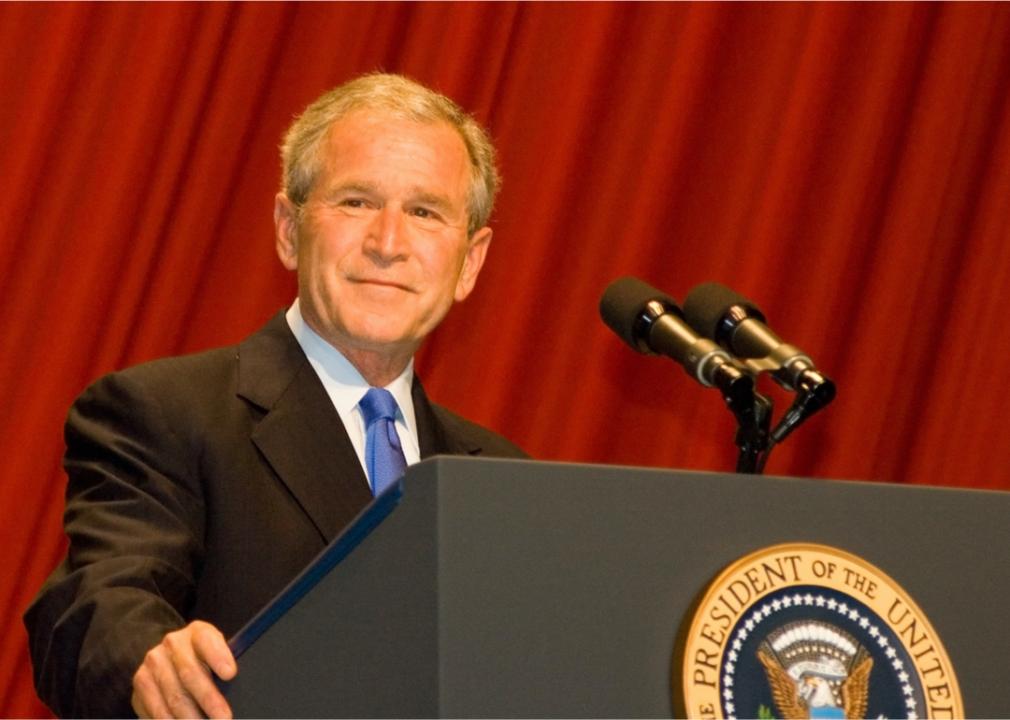 Speaking of things going up, nothing increased as much as George W. Bush’s approval rating after 9/11. From losing the popular vote to having the highest approval rating of all time, Bush’s public image soared, thanks to the way he handled the horror and carried the country through the aftermath. 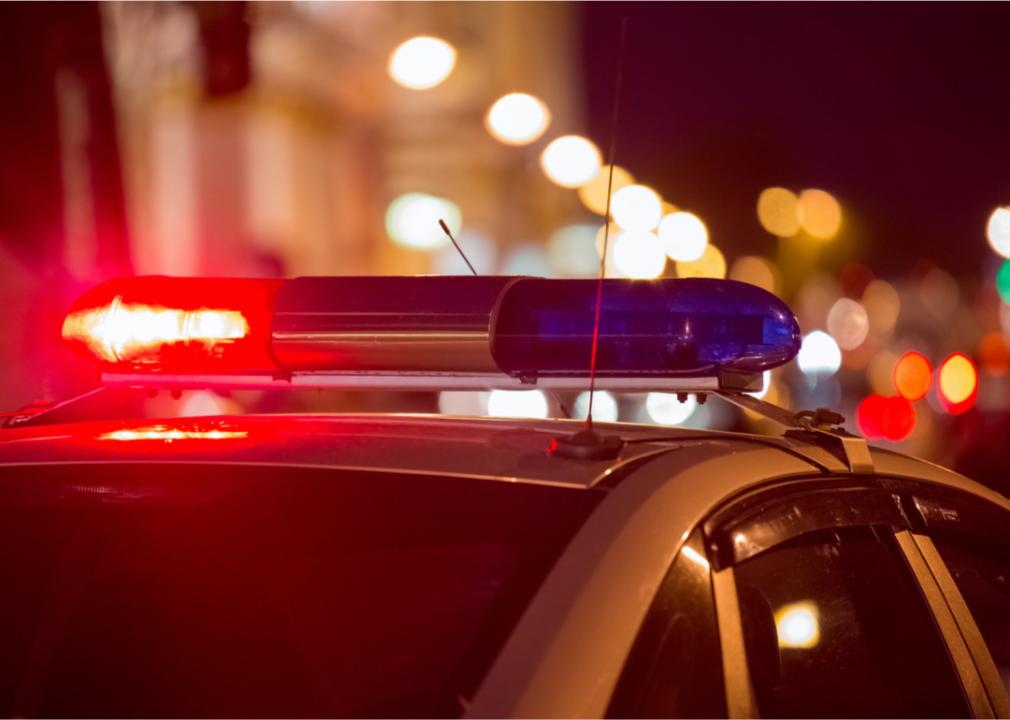 Terrorism in the U.S. has increased

According to a report compiled by the New America think tank, terrorism within the U.S. has increased since 9/11. Though it would be inaccurate to say that these attacks caused all of the subsequent terrorism in the US, they certainly played a role in making the country a more desirable target for those who buy into jihadist ideologies. 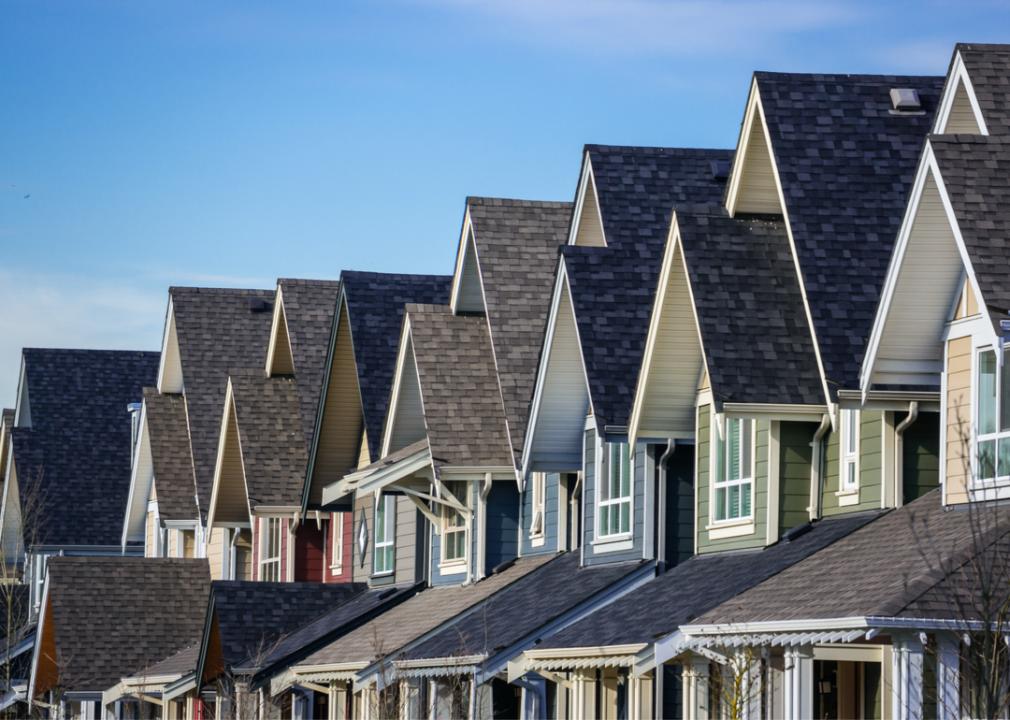 Though Osama bin Laden claimed that the 9/11 attacks “hit hard the economy at its heart and core,” he was wrong. After an initial depression, the economy bounced back quickly, thanks, in large part, to a real estate boom. To fight a looming recession, the Federal Reserve drastically dropped interest rates, which inspired millions of Americans to buy new homes or scoop up rental properties. 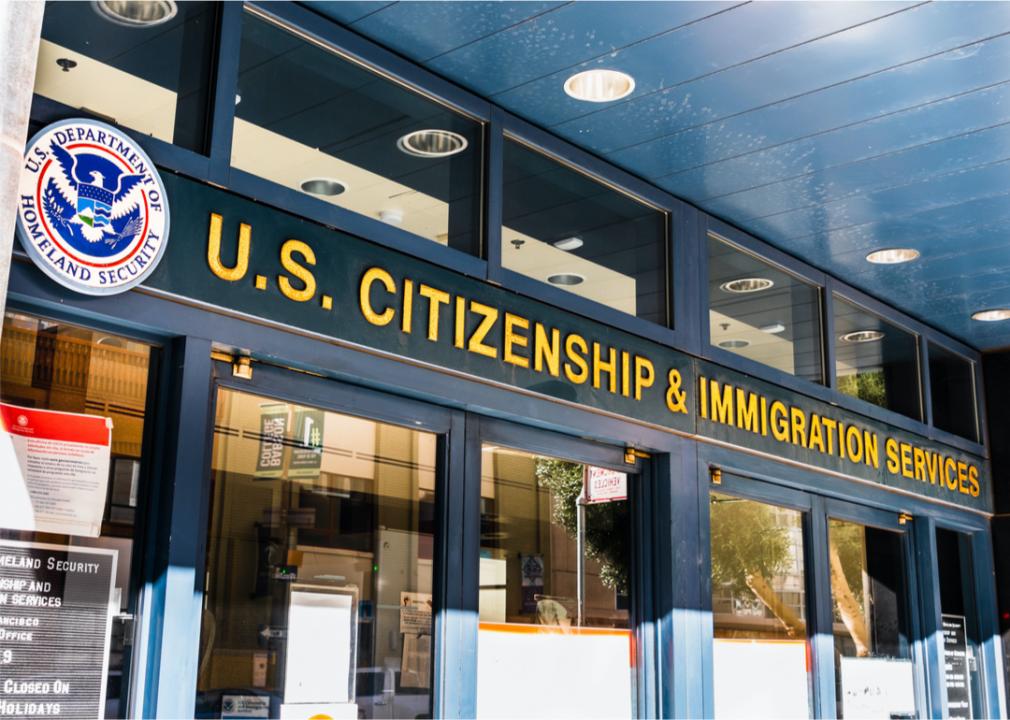 Many expected George W. Bush—a moderate when it came to the topic of immigration—to pass acts and laws that would widen the scope of immigration into the United States. After 9/11, however, his government clamped down on immigration, passing laws like the Homeland Security Act, which have effectively limited the number of people who can move to the U.S. each year, and made it much more difficult to do so legally. 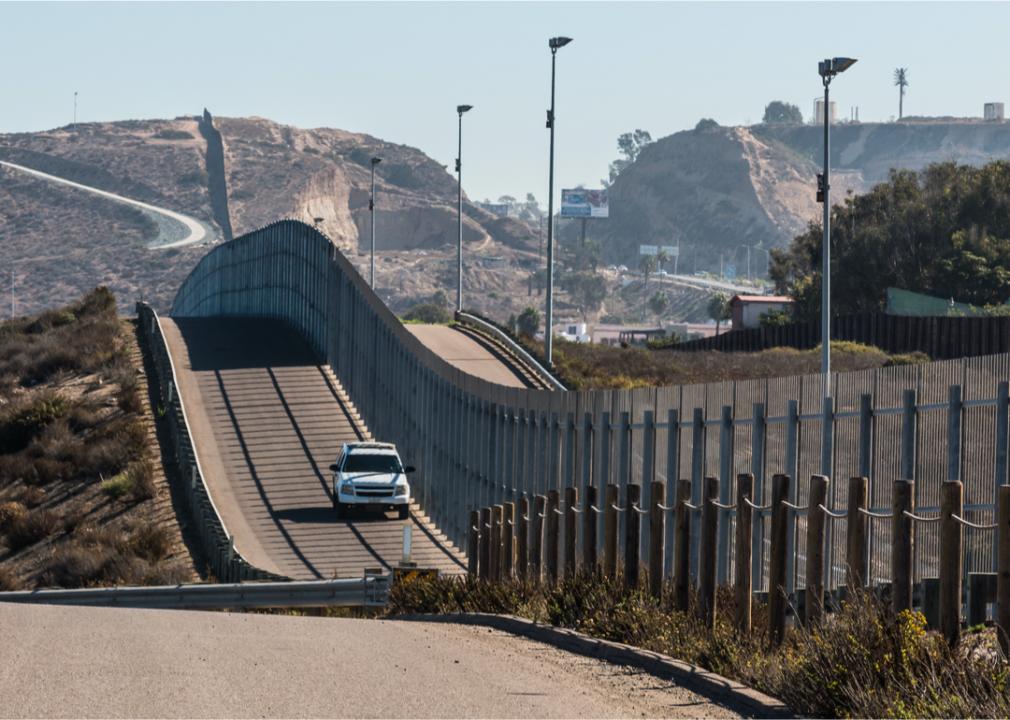 Additionally, the number of deportations has risen significantly since 9/11. In the first decade after the terrorist attacks, the number doubled, rising from 200,000 per year to more than 400,000. 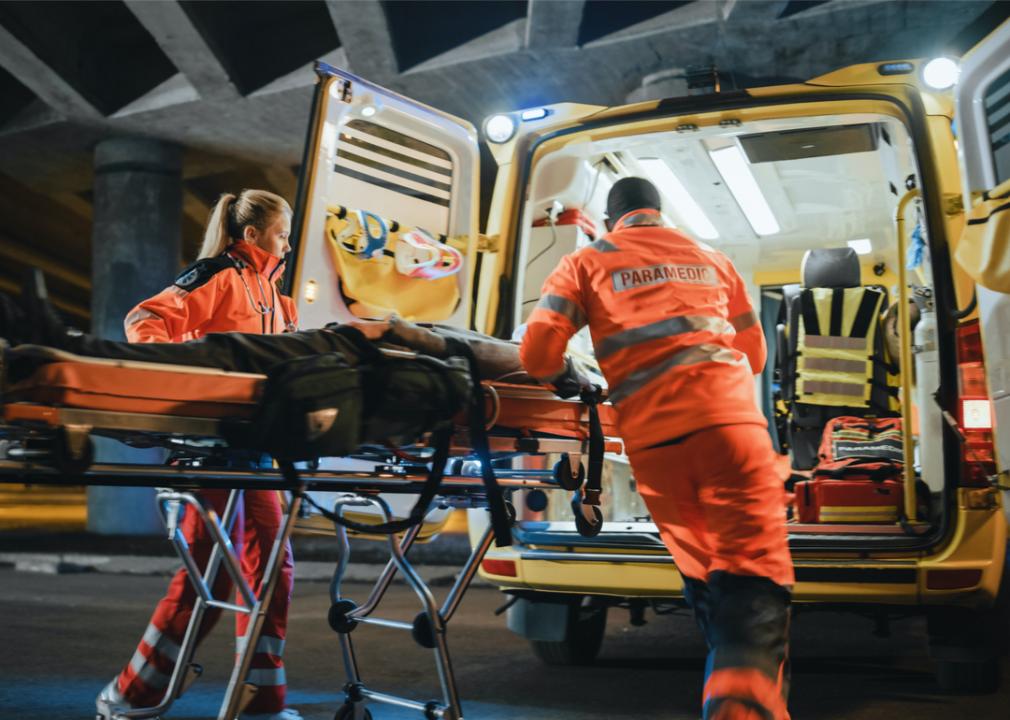 The Homeland Security Act, which was passed in 2002, has also had a major impact on first responder training. The act allocated money for federal grants to police and fire stations, which were then allowed to use the money to buy more and better equipment, provide additional training, and bring on more personnel. On September 11th itself, and in many of the months after it, first responders from around the country flocked to New York City, Washington D.C., and Pennsylvania to lend a hand, but the disasters also highlighted how ill-prepared many local branches were for incidents of this size and scale. 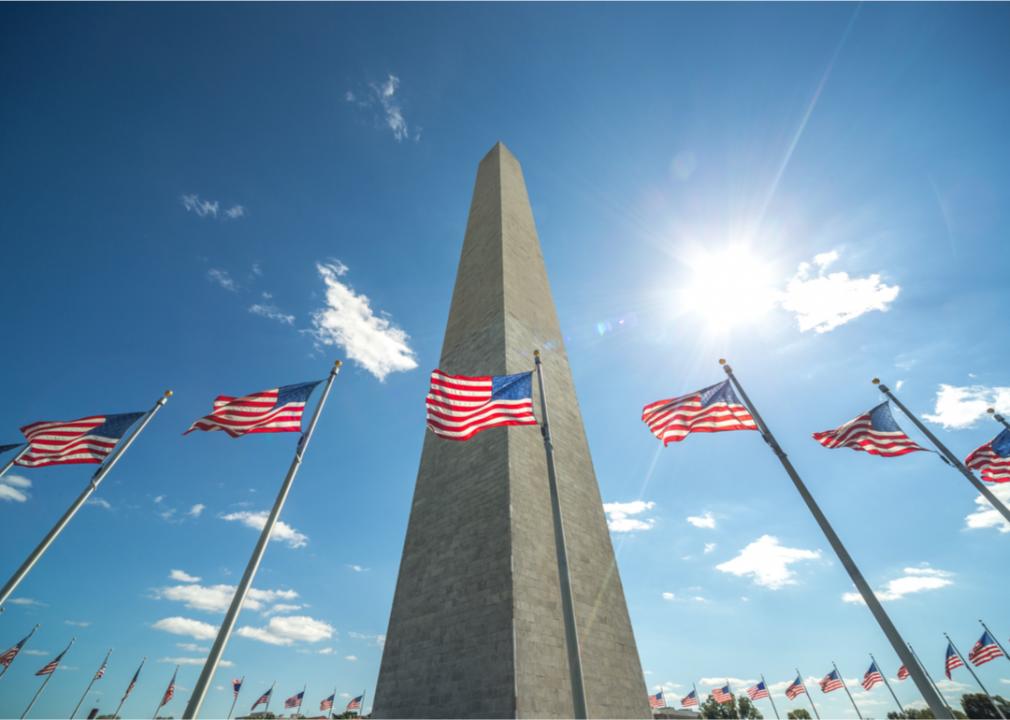 America has positioned itself as the global power

America’s approach to foreign policy changed in innumerable ways after 9/11, but one overarching theme we see in many of these decisions is how focused America became on establishing itself as the global power. Through the War on Terror, the many ways America distributed its resources, and the country’s increased focus on activism, the United States sought to become not just a voice at the table, but its leader. Two decades on, the country is less hubristic, having been chastened by time, but still remains a key agent in global politics. 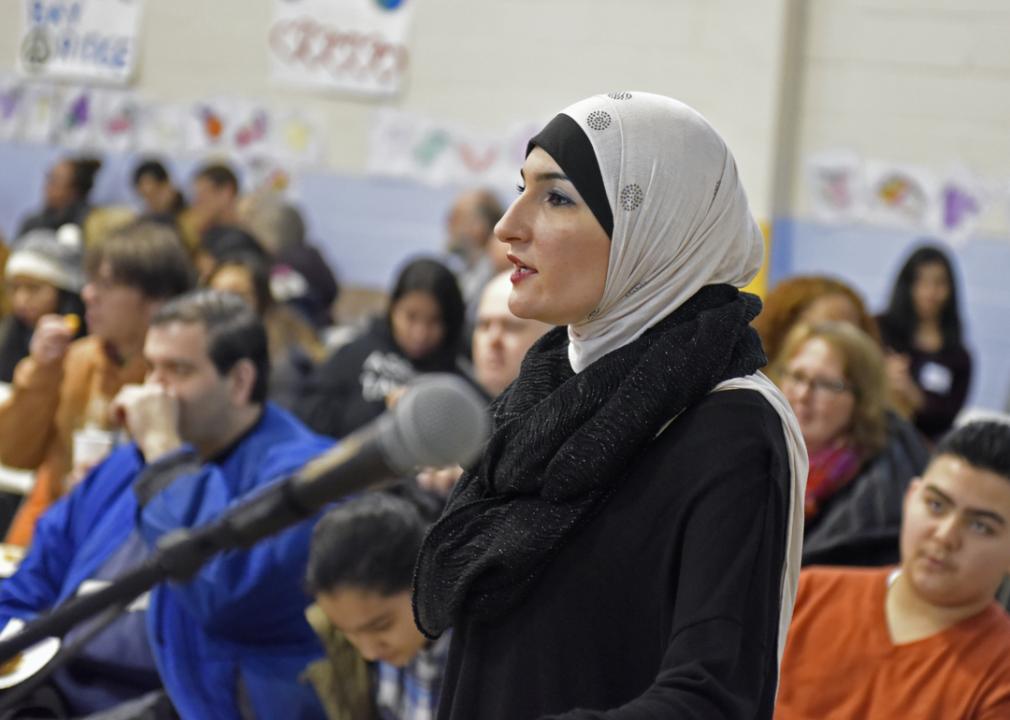 In 2011, the Pew Research Center found that 50% of Muslim Americans found it more difficult to be Muslim in the United States after 9/11 than they did before. This increased difficulty can be attributed to higher levels of racism and violence directed at these communities, as well as reluctance from politicians and leaders to speak out about the uptick in both racism and extremism. Still, many of these same Muslim American respondents expressed faith that relations could return to “normal” with time and hard work.

The above article was provided by Stacker. The Auburn Examiner has not independently verified its content.

Published in News and The Lighter Side