How Your Donations Are Helping To Defeat DIPG

How Your Donations Are Helping To Defeat DIPG

When you donate to [Defeat DIPG foundations such as the Avery Huffman Defeat DIPG Foundation], you are investing in a future with hope for children facing the deadliest form of childhood brain cancer: DIPG. 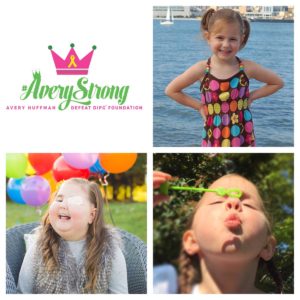 “My project is to find out more about how and why this PPM1D gene drives DIPG tumor growth,” Reitman explains, “This is really important because it will give us some clues as to why these deadly brain tumors are forming. I think it will also give us some important information on what the best way is to treat these tumors.”

Reitman spoke with Defeat DIPG ChadTough team to provide an update on his project, “Prioritizing PPM1D mutations as a target for new DIPG therapies,” for foundation supporters:

Q: Can you provide an overview of your research project?

A: “Happy to do so. In both the lab I’m working in and around the world, much has recently been learned about the biology of DIPGs through genomic sequencing. This work has revealed what we think drives these tumors to grow inappropriately. I’m focusing on one of the findings of this research, which is that one particular gene called PPM1D is likely to be a key driver of DIPG.

“My project is to find out more about how and why this PPM1D gene drives DIPG tumor growth. We’re growing DIPG tumor cells in a petri dish, and in mice, as laboratory models of DIPG. We’re then using genetic techniques to experiment with the PPM1D gene to find out how PPM1D is driving these model DIPG tumors to grow.

“This is really important because it will give us some clues as to why these deadly brain tumors are forming. I think it will also give us some important information on what the best way is to treat these tumors. For instance, we are finding out whether treatments that affect what the PPM1D gene is doing are likely to be effective treatments for DIPG.”

Q: How did you come across this idea?

“This inspired several groups to carefully collect tumor tissue from patients with DIPG, and then to apply some of these new genomics technologies to uncover what really makes these DIPGs tick. At the time, I was working in a lab at Duke University. We carried out some genomic analyses of DIPGs, and we found this fascinating change in the PPM1D gene that I’m studying now.

“So this idea all dates back to that finding. One of the neat parts of the story is that several other groups were also looking at the genomics of DIPG patients and found that this same PPM1D gene is mutated in up to a quarter of DIPG patients worldwide. That really built up our confidence that this is really an important piece of the biology of DIPG, and not just something that was unique to the handful of DIPG tumors we had studied. It’s really a remarkable story where new technology came around, led researchers around the world to conduct some bold investigations with the permission of the patients and their families, and it led to paradigm-shifting discoveries.

“I’m now following up one of those discoveries and I’m hopeful this will help identify effective treatments for this deadly tumor.”

Q: One important thing you mentioned is collaboration across different labs and different researchers. Chad Carr’s tumor was sequenced at Michigan and they found PTEN as a key driver. What are your thoughts are around the different mutations of DIPG and the different people studying DIPG across a number of institutions?

A: “It’s so important for different researchers to study DIPG for a few reasons:

“Second, I think having multiple researchers focusing on DIPG gives us more “shots on goal.” In cancer research, it’s very hard to predict which research projects are going to ultimately result in an improvement in the standard of care for patients. In fact, most lines of research don’t ultimately lead to an improvement in how patients do. I think this speaks to the magnitude of the challenge we are up against. But there have been some amazing success stories in other types of cancer. Some types of cancer that were incurable in the past are now curable due to successful research efforts. I think by supporting many diverse ideas on how to improve care for DIPG patients, you maximize the chances that at least one of them will result in a success story for DIPG.

“Third, DIPG is a rare tumor. If only one institution studied it, you’d only have a few patients to glean information from, and you wouldn’t get a very complete picture of the biology of the disease or what treatments are going to work on the majority of DIPG patients. It’s so important to have many different institutions working together on this problem so we can combine our knowledge.”

Q: Can you go over your method and what you’re looking to produce out of your project? The answers you’re hoping to generate?

A: “One of the key methods we’re using is called CRISPR. This is a technique that’s emerged in the past few years in the molecular biology community that lets us edit the genome. A little bit of background: every cell in our body — or every cell in a DIPG tumor — contains approximately three billion pieces of DNA, or letters of DNA. CRISPR lets us very precisely edit a specific letter of that DNA. It’s a game changer.

“The CRISPR technology lets us ask some therapeutically important questions. For instance, it lets us ask if a particular letter of DNA is important for DIPG cells to grow. One of the central aims of my work is to test whether a few important letters in the PPM1D gene are important for the growth of DIPG tumors using CRISPR. We’re using CRISPR to edit this gene and see if that causes the tumor to stop growing. Our hope is to produce a publication describing this, describing what we see, and we think that this will be valuable to determine whether treatments that affect this particular gene are worth pursuing.”

Q: Can you explain what happens after you publish a paper? How does that work in the grand scheme of DIPG?

A: “While our ultimate goal is to identify new treatments for DIPG, publications are an important milestone because they allow us to disseminate new research findings. This benefits the DIPG research community because it gives other scientists a chance to build on our results. This also gives other groups a chance to validate our work and make sure it’s reproducible. An important part of the publication process is that the research is peer-reviewed by other scientists, who make sure the work is rigorous and provide some feedback that can be very helpful to future work. And we continue to get feedback from the research community after the publication, which can be helpful for ongoing work and could even result in fruitful research collaborations.

“In some cases, publications can provide information for folks in the pharmaceutical industry in order to help them develop the best new cancer therapies. An important piece of background for this project is that pharmaceutical companies have already been developing chemicals that specifically target PPM1D, which is the gene we’re studying. This could eventually lead the way to a drug that targets PPM1D in the clinic. But there’s still a long way to go to get a drug that’s ready for clinical trials in kids. Developing a drug to that point is costly and takes years. A pharmaceutical company has to have information that indicates that their drug likely to be helpful in order to make the investment to continue to pursue drug development.

“With our project, we hope that we can figure out if a drug that targets PPM1D is likely to be useful in kids with DIPG. If it is, it will provide a rationale that it might be worth the investment to develop a drug further. If we find out this isn’t likely to be a good strategy, it might help guide resources to be allocated towards more promising projects.

“Another interesting finding is that PPM1D also seems to be important in other types of cancers like breast cancer and some gynecologic cancers. So if we can show in our lab that it’s also important in DIPG, we can say, ‘Hey, look, this is a really important drug target. If a drug is developed that hits this target, it might be helpful for kids with DIPG in addition to these other tumor types. We’re hoping to provide a really fundamental biological insight that could prioritize whether this way of treating these tumors should be pursued further.”

Q: How will the Defeat DIPG ChadTough Fellowship impact your career?

A: “As I carry out this research project, the Defeat DIPG ChadTough Fellowship is providing me with research training that will help me in my career goal of establishing a laboratory aimed at identifying new treatment strategies for tumors like DIPG. As I mentioned above, I think work by multiple independent research groups is critical for the overall success of DIPG research. Training the next generation of research leaders is important to maintain this research community, and make sure that the very best people are going into DIPG research.

“A diverse set of skills is needed to lead a team that can tackle a terrible disease like DIPG. These skills do include a deep understanding of experimental laboratory techniques. But they also include skills to manage a team of researchers, to plan out long-term research projects, to understand how findings in the laboratory are translated to the clinic, and to effectively communicate results. And one needs experience in managing a budget to make sure funds are spent appropriately and effectively.

“Mastering these skills doesn’t happen overnight. For me, it started with my MD and PhD degrees at Duke University, which I followed with clinical residency training in the Harvard Radiation Oncology Program. The Defeat DIPG ChadTough fellowship is now giving me a chance to further master laboratory skills, to supervise a small group of researchers, and to start managing research funds. This is all being done under the supervision of my research mentors, Dr. Pratiti Bandopadhayay and Dr. Rameen Beroukhim, who both have a successful track record of leading research teams at the Dana-Farber Cancer Institute. By enabling me to gain this experience and to successfully complete meaningful projects, the fellowship is helping me towards my goal of one day leading a research group and identifying new treatment strategies for DIPG.”

Michael Mosier Defeat DIPG Foundation and The ChadTough Foundation are excited to have Zach Reitman engaged in this research project, uncovering important data for DIPG research. Both foundations look forward to what he will do in the field in the future.

“[T]he Defeat DIPG ChadTough Fellowship is providing me with research training that will help me in my career goal of establishing a laboratory aimed at identifying new treatment strategies for tumors like DIPG,” said Reitman.

You make these important research initiatives possible with your generous support. [The Defeat dIPG Network] looks forward to sharing with you the progress from all of our Defeat DIPG ChadTough grant recipients.

The above is a release from the Defeat DIPG Network.  The Auburn Examiner has not independently verified its contents.